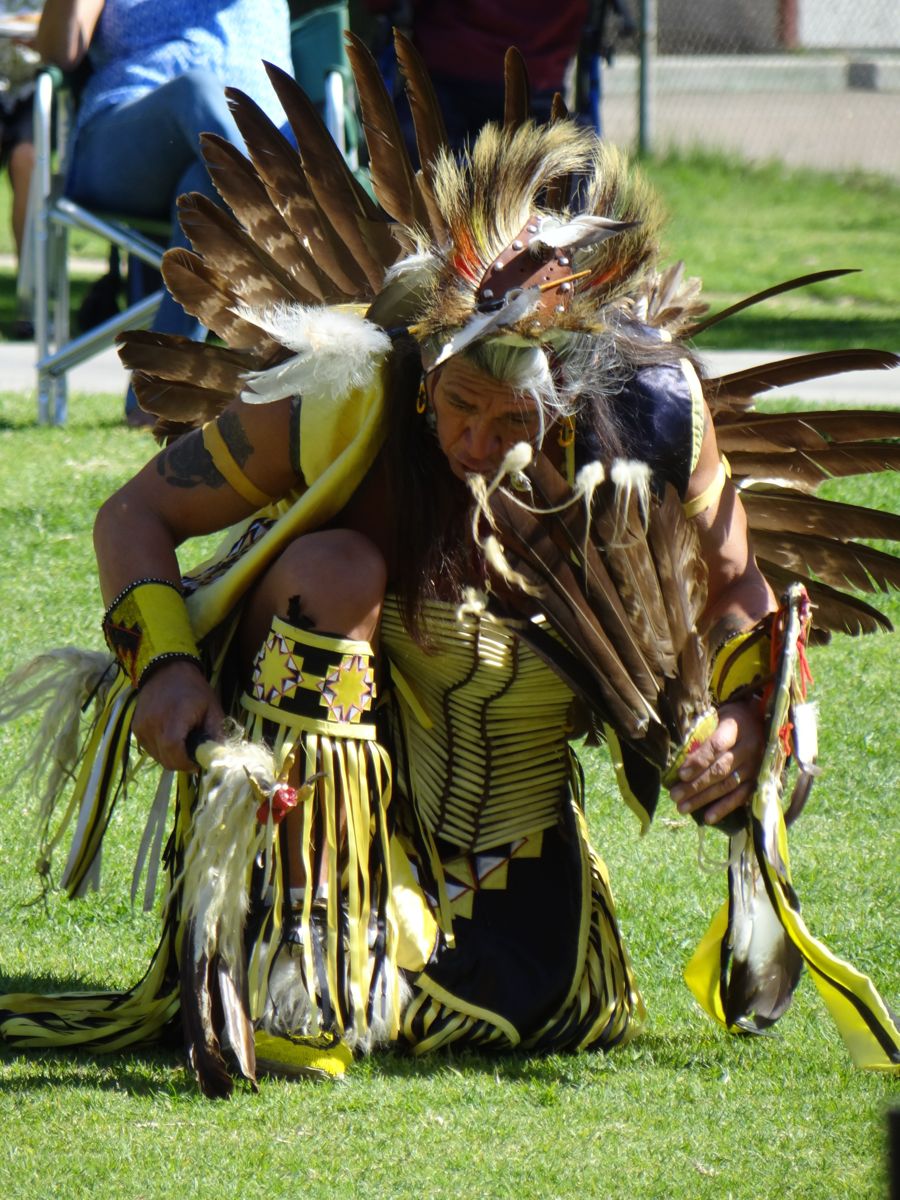 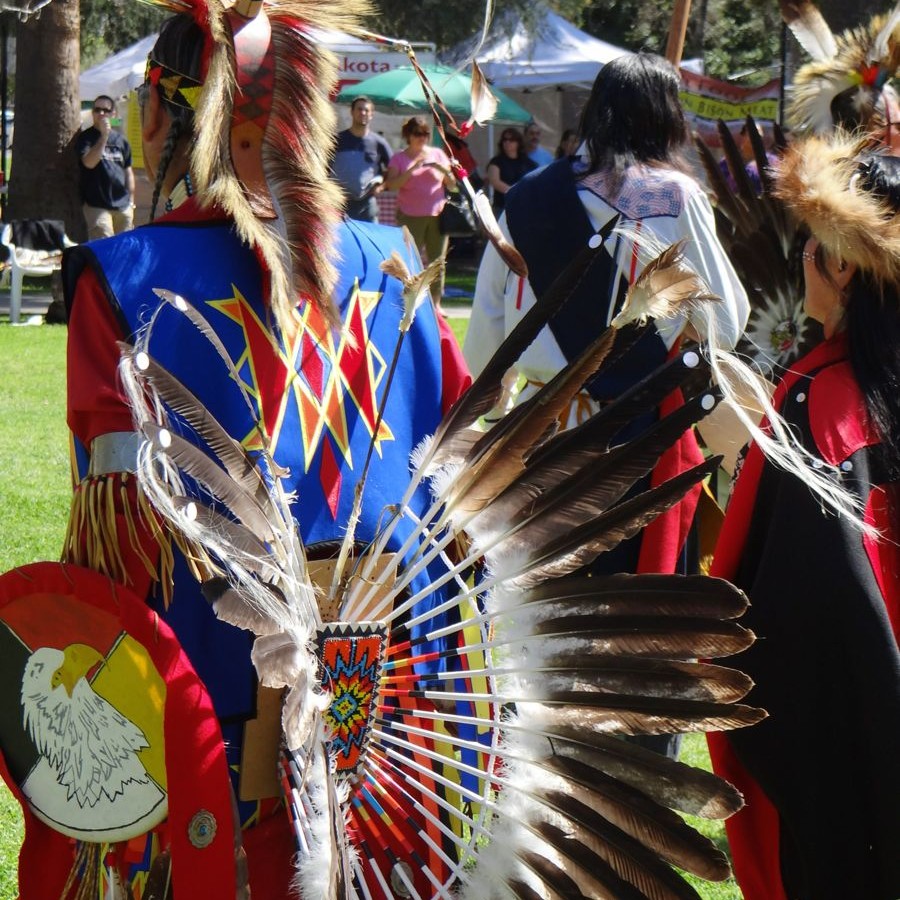 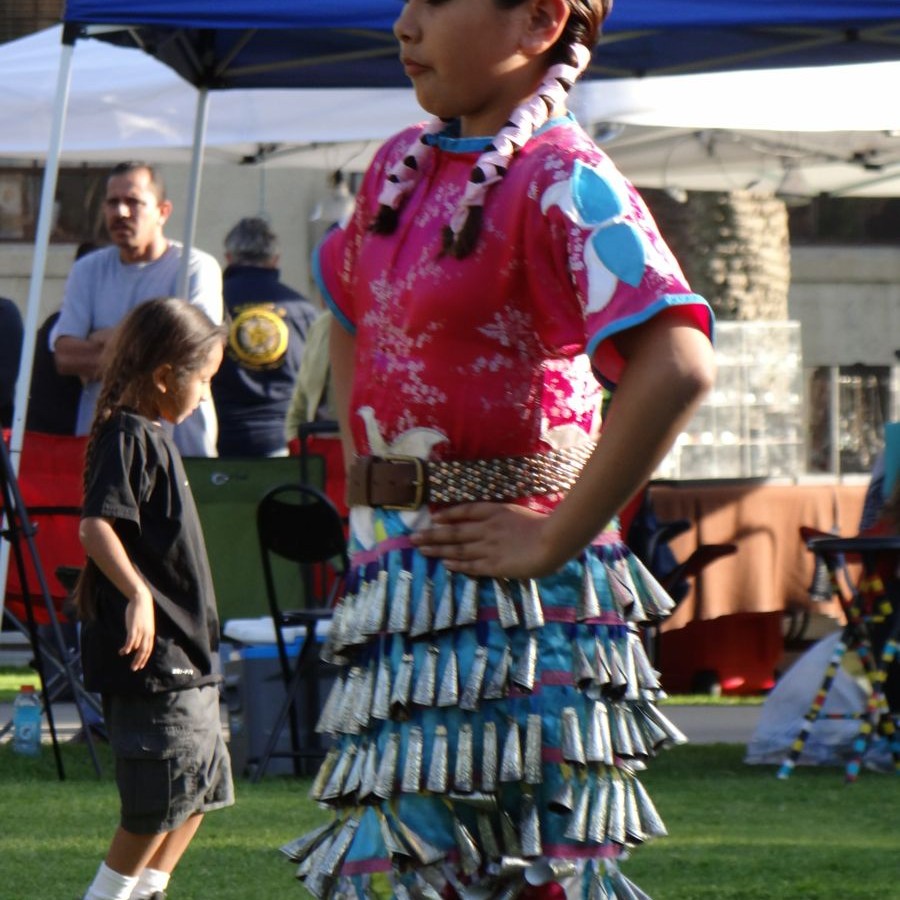 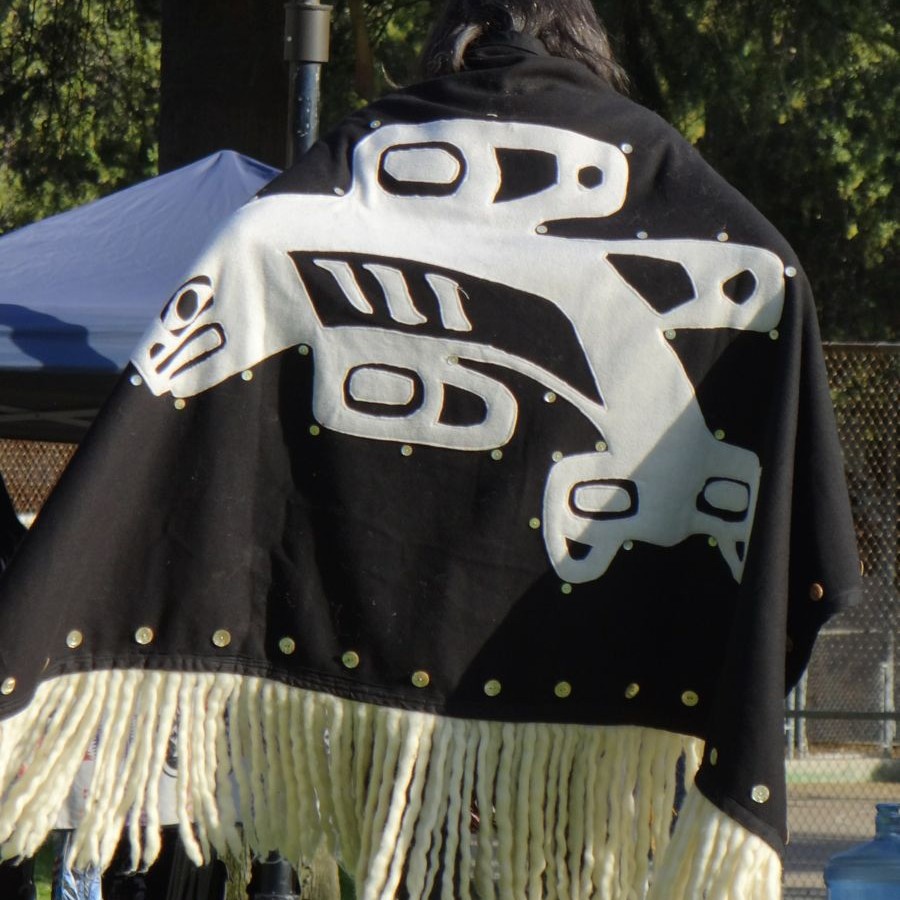 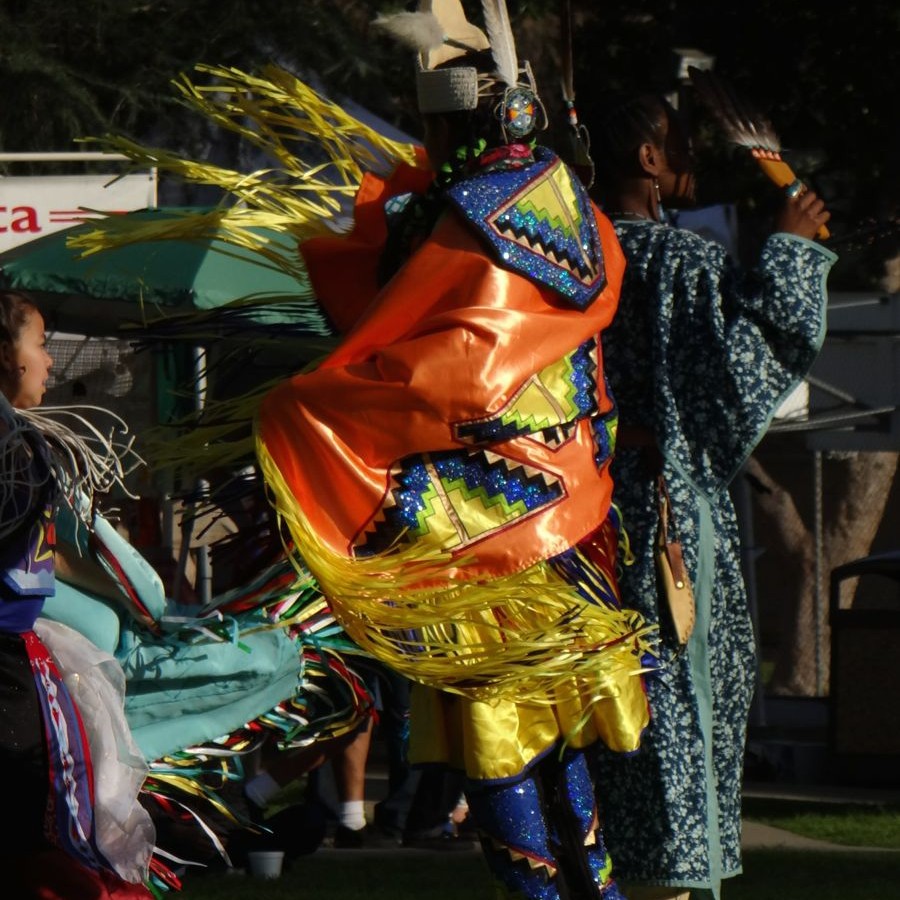 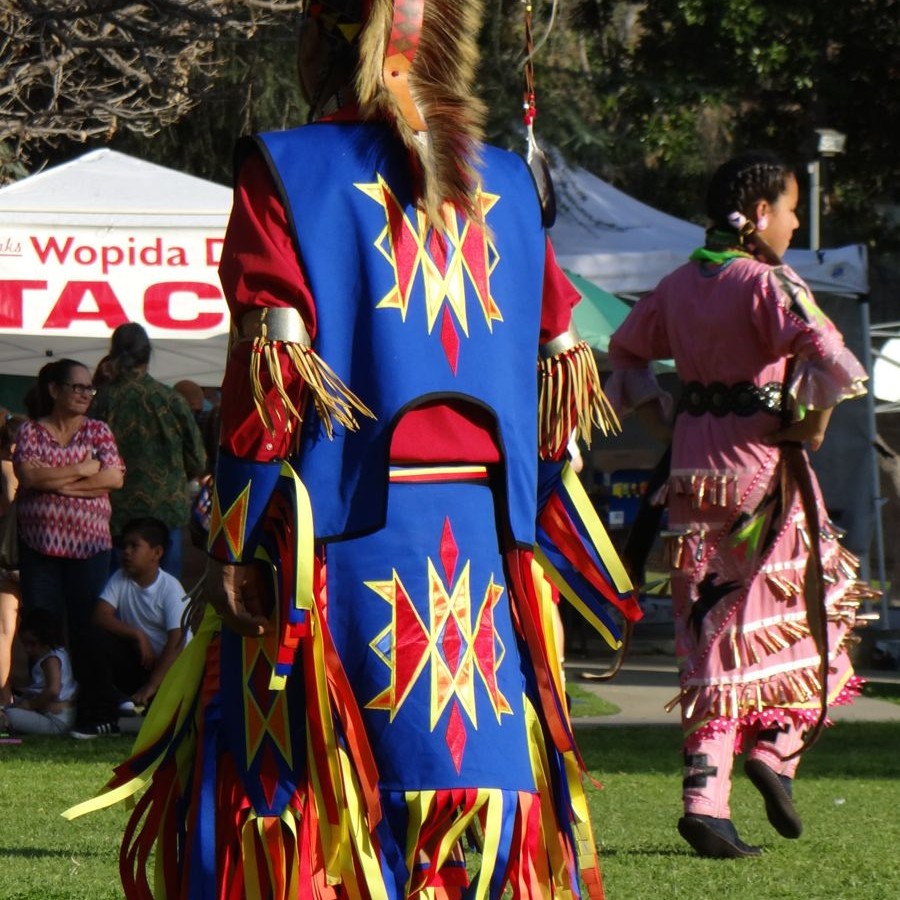 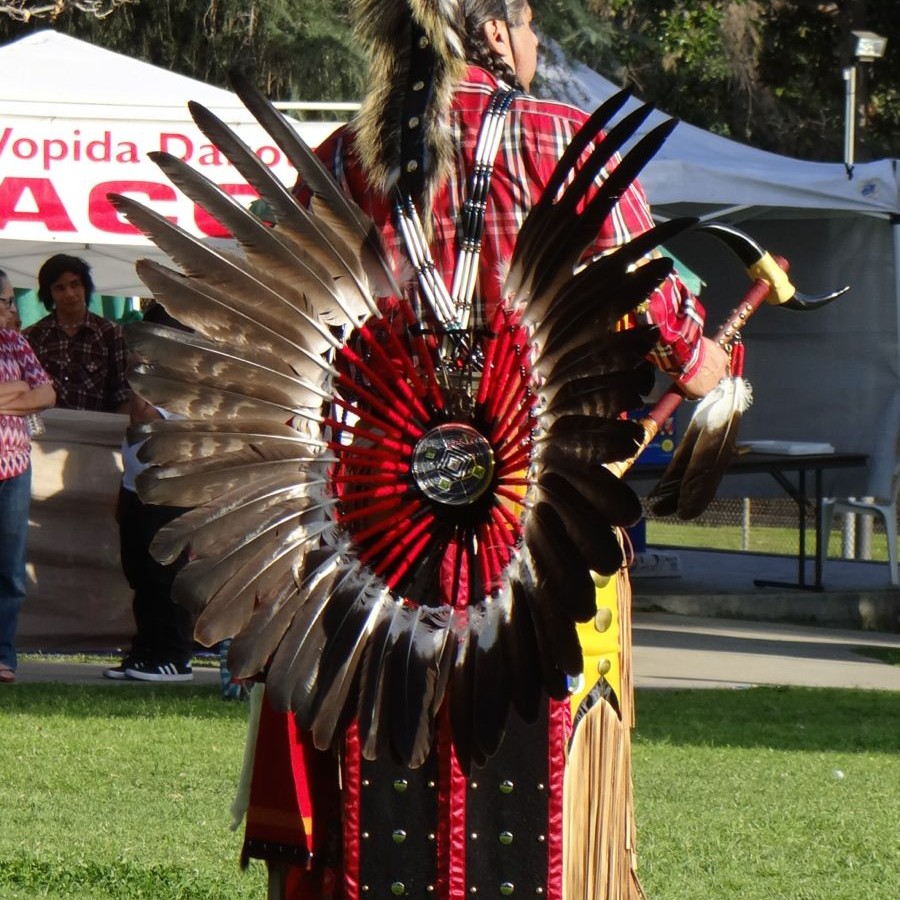 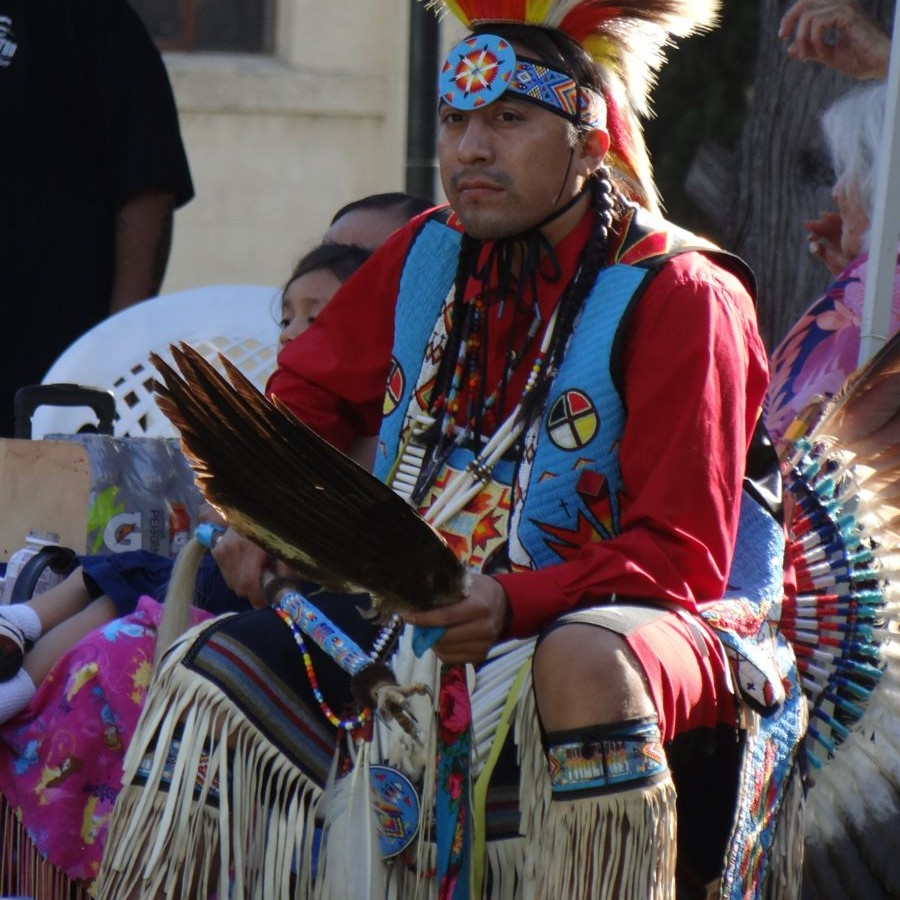 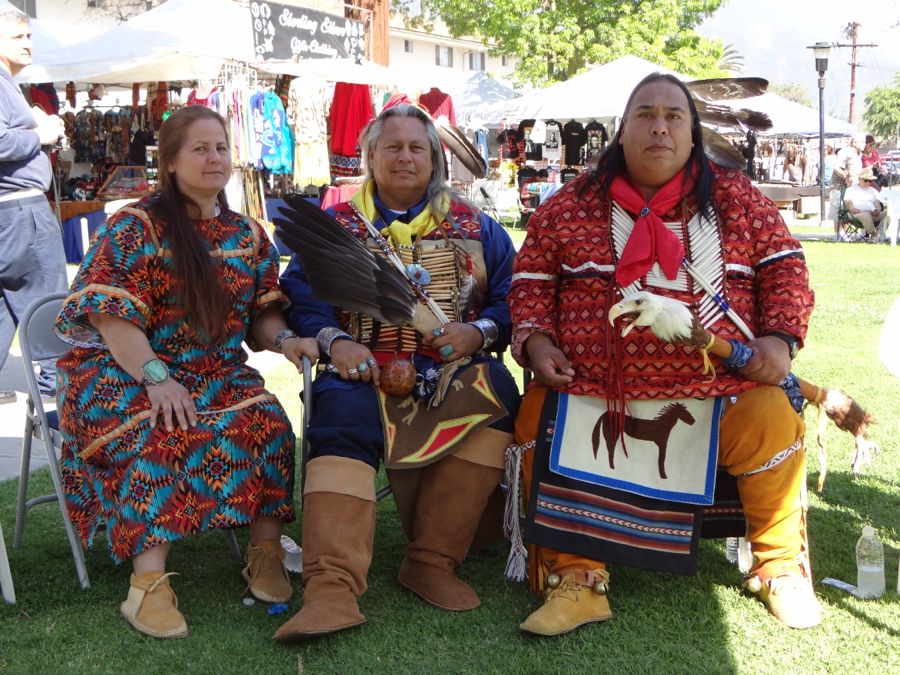 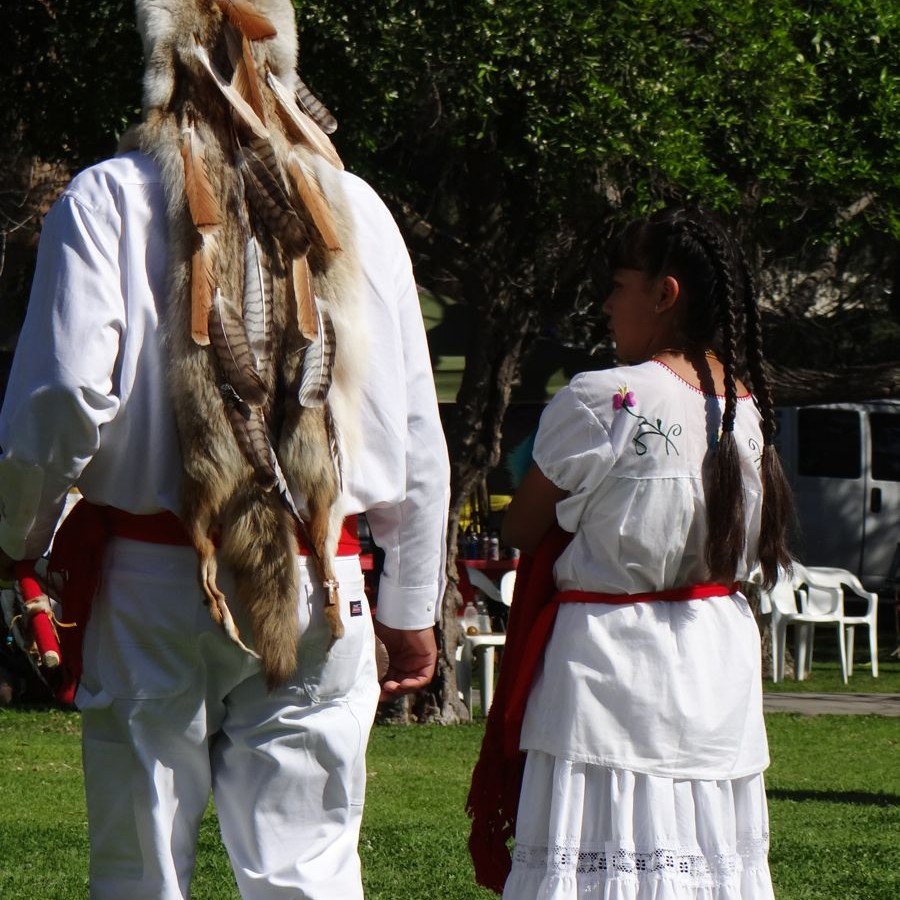 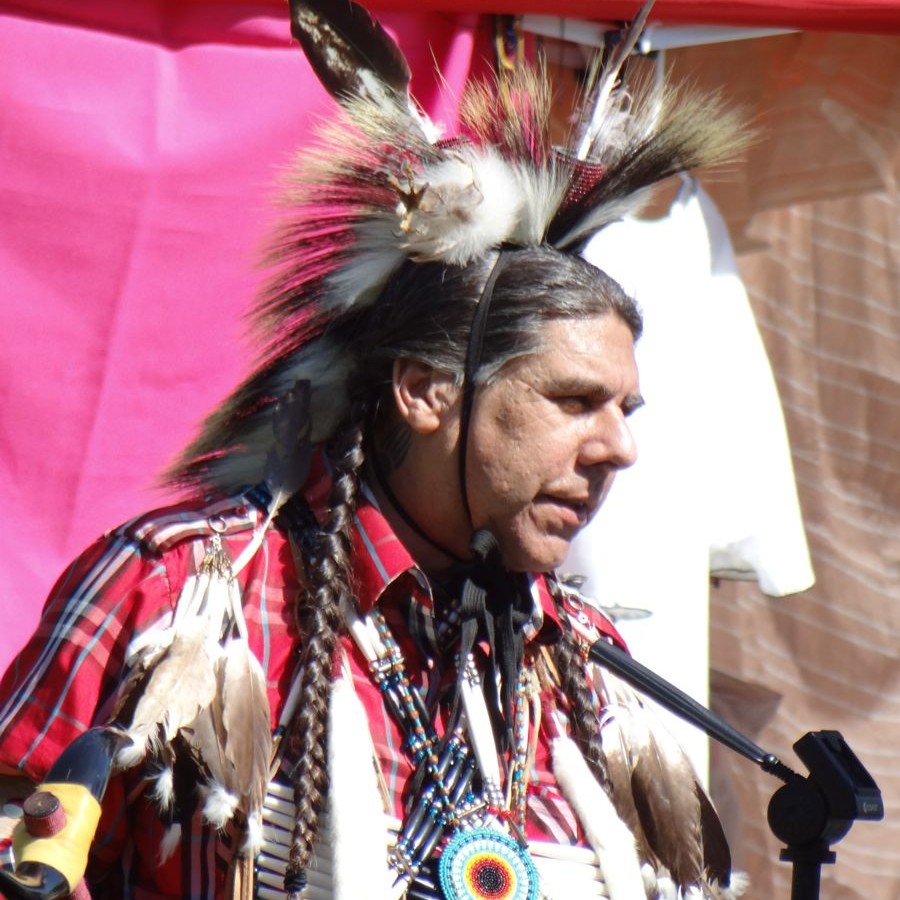 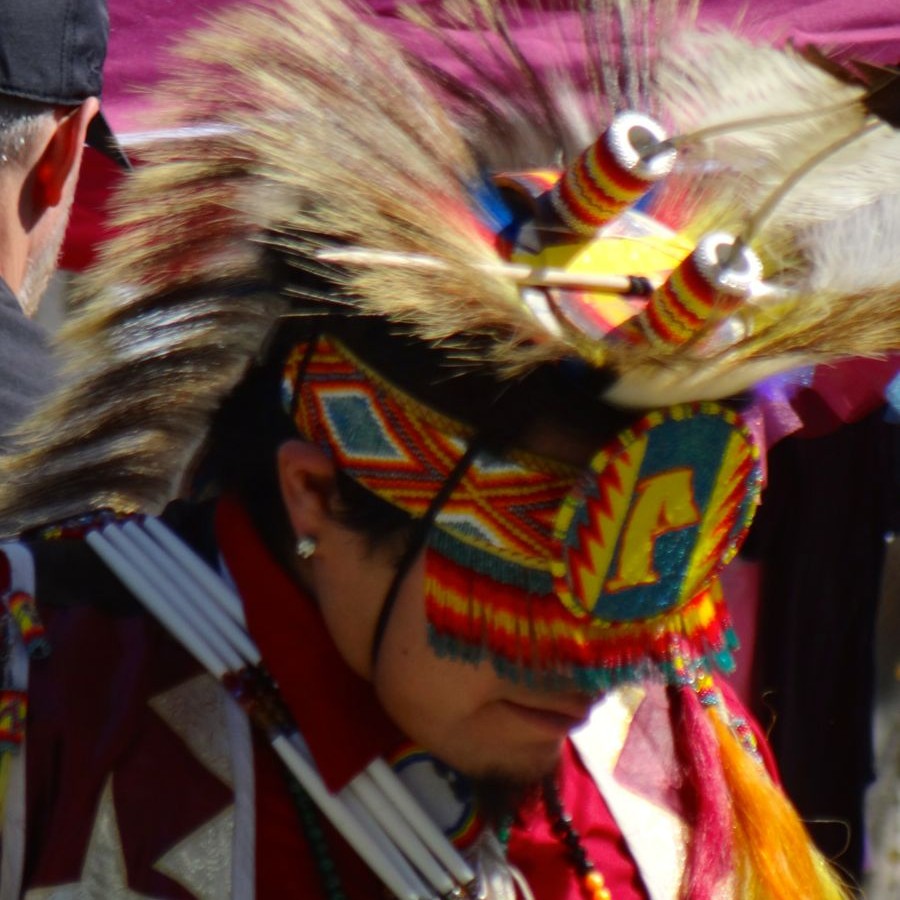 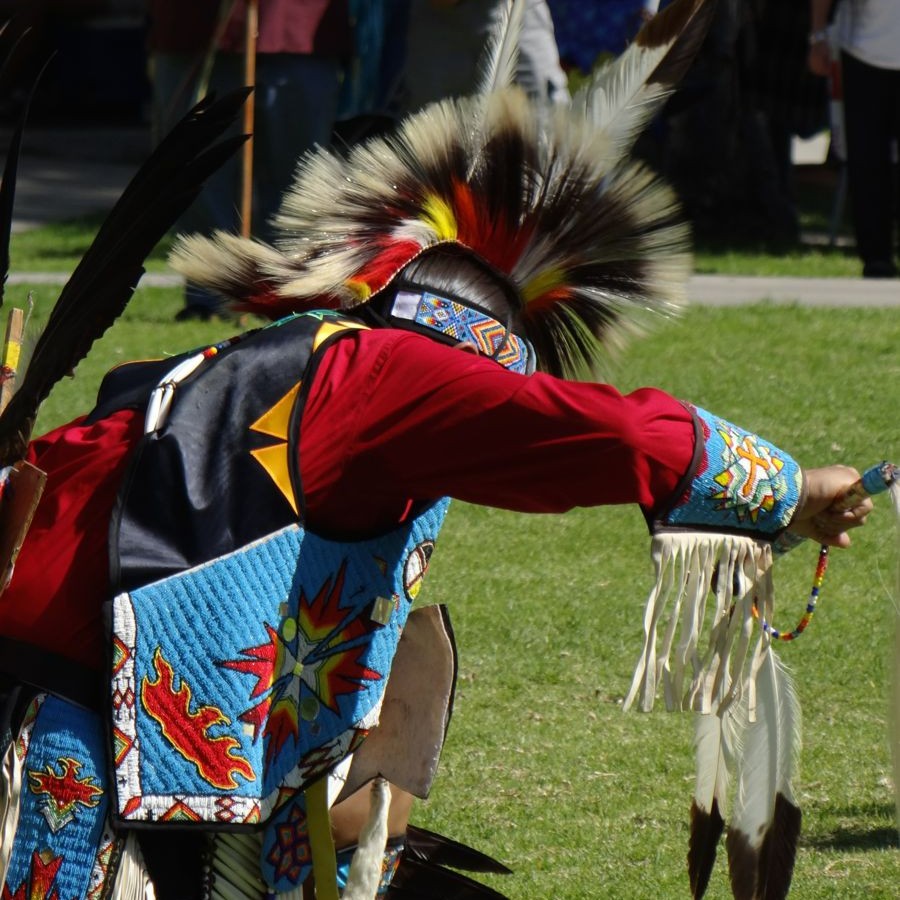 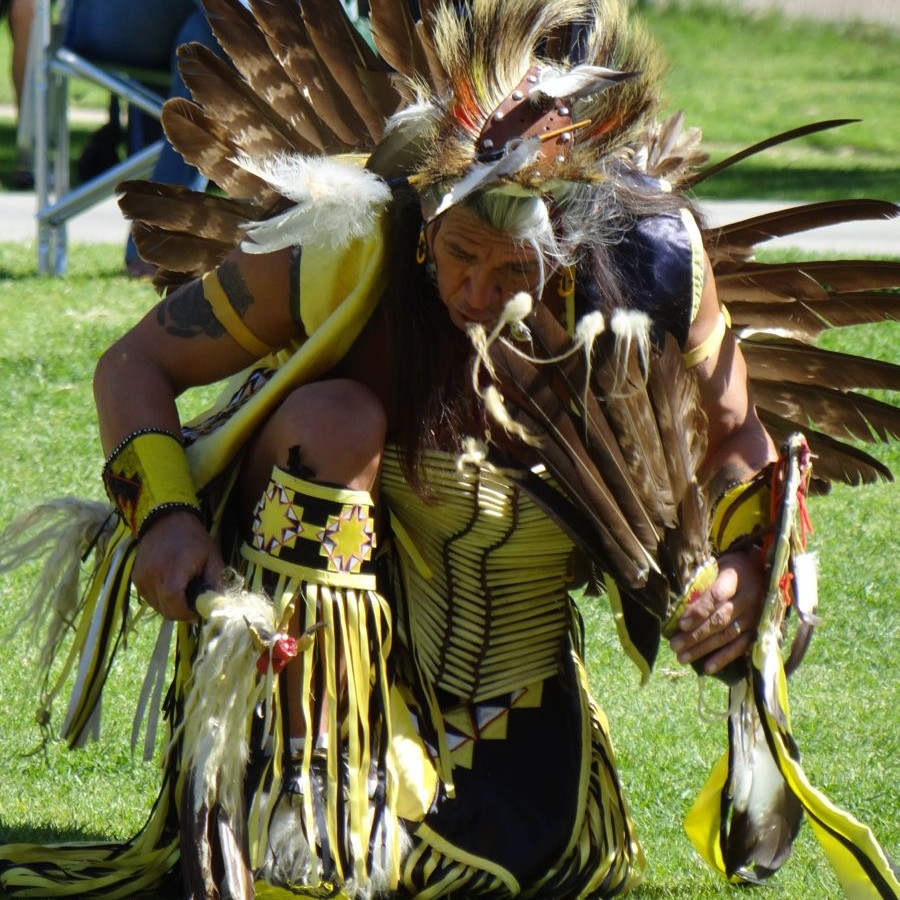 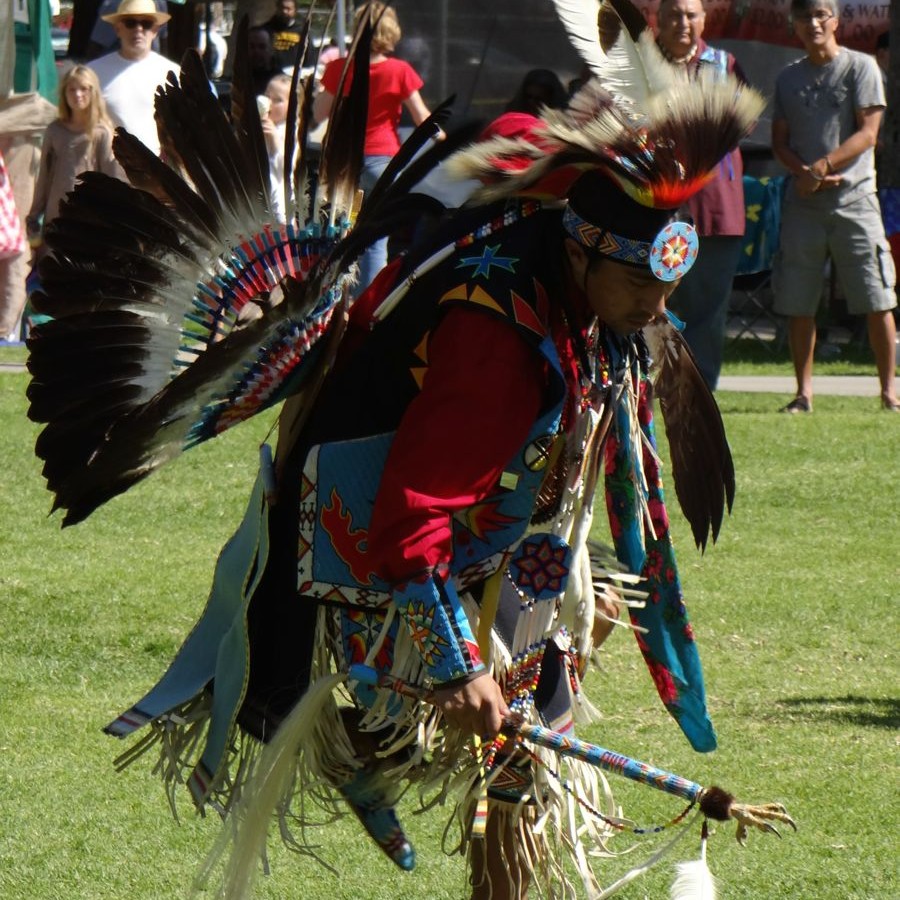 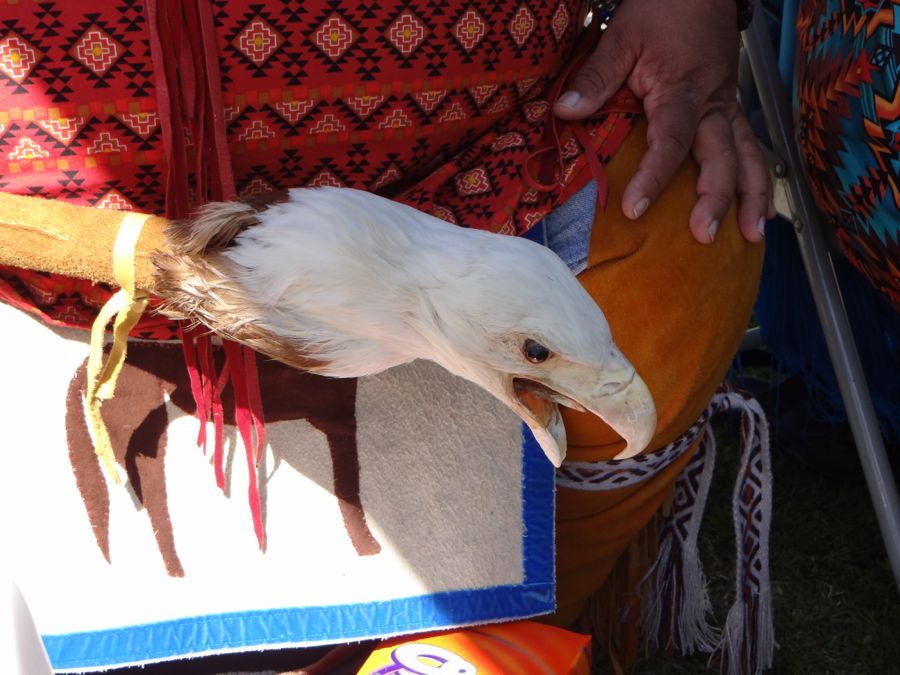 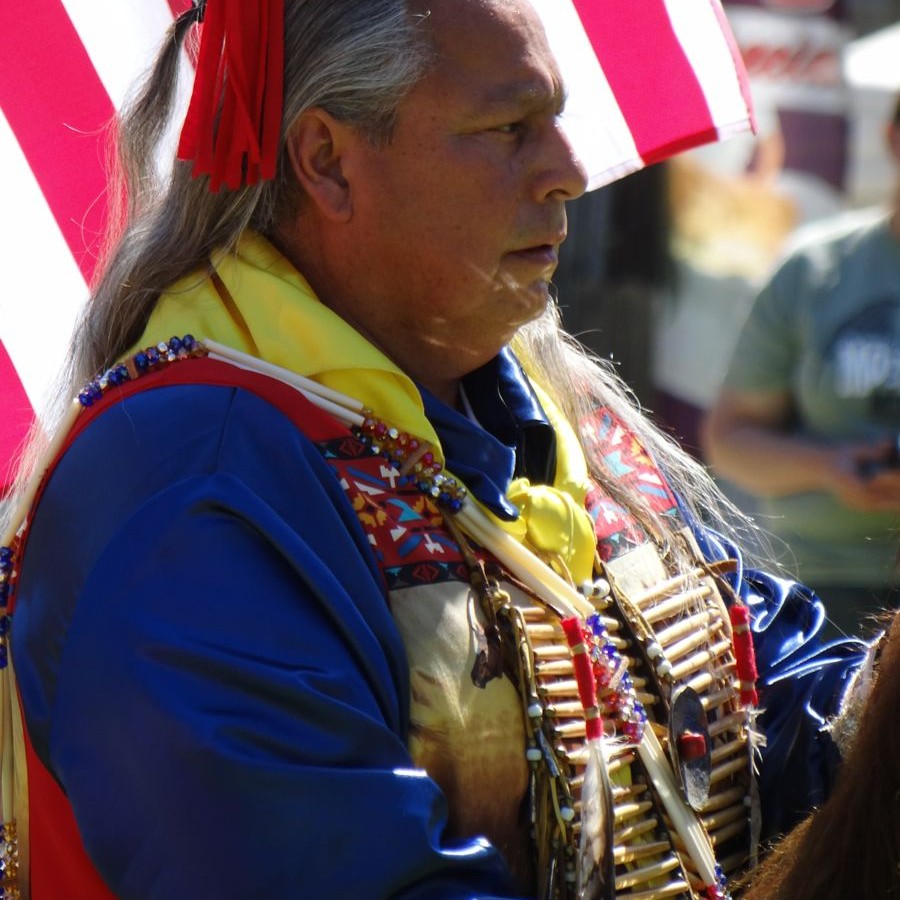 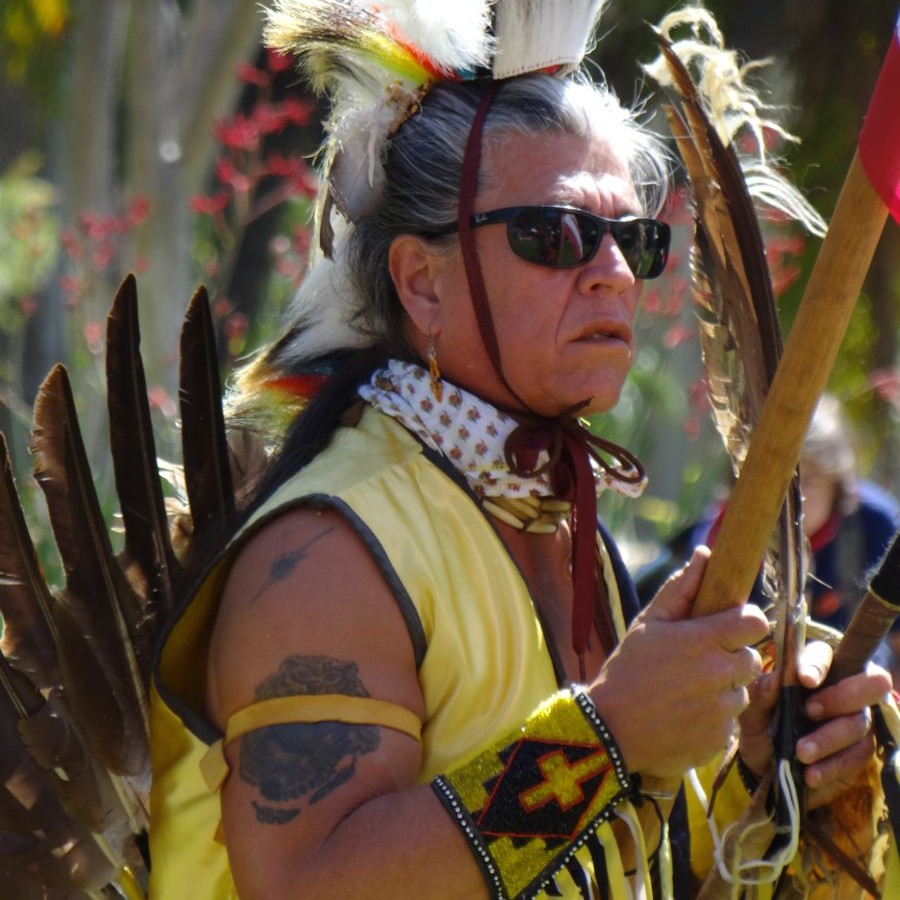 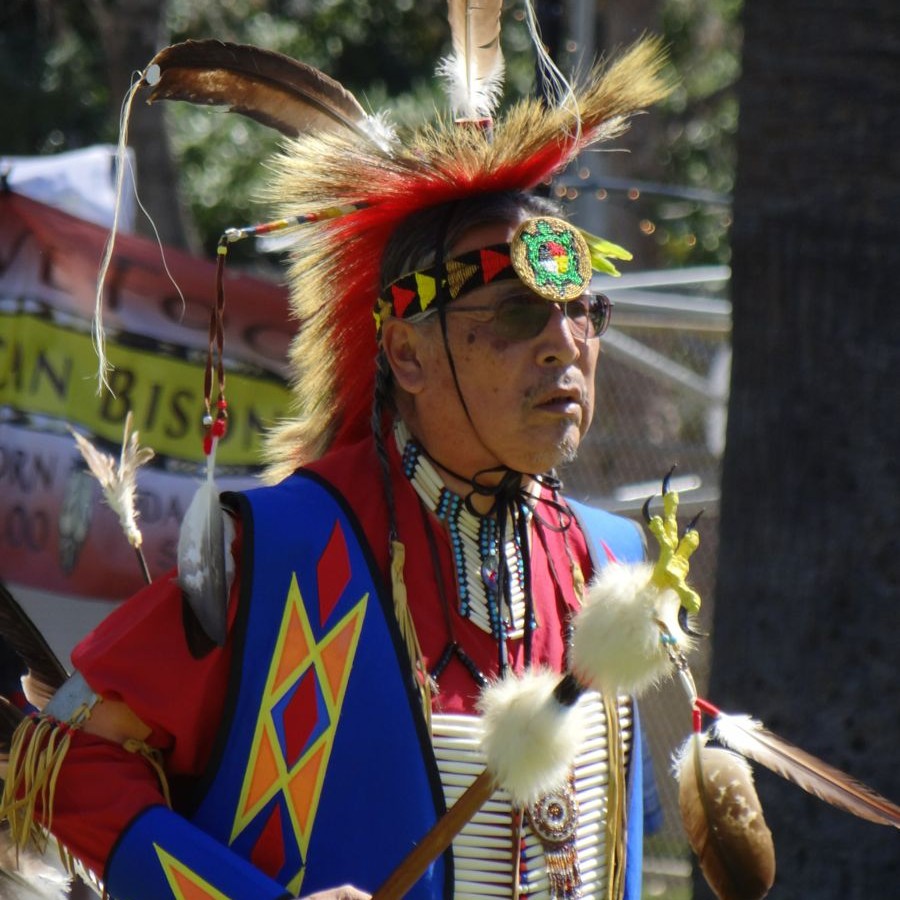 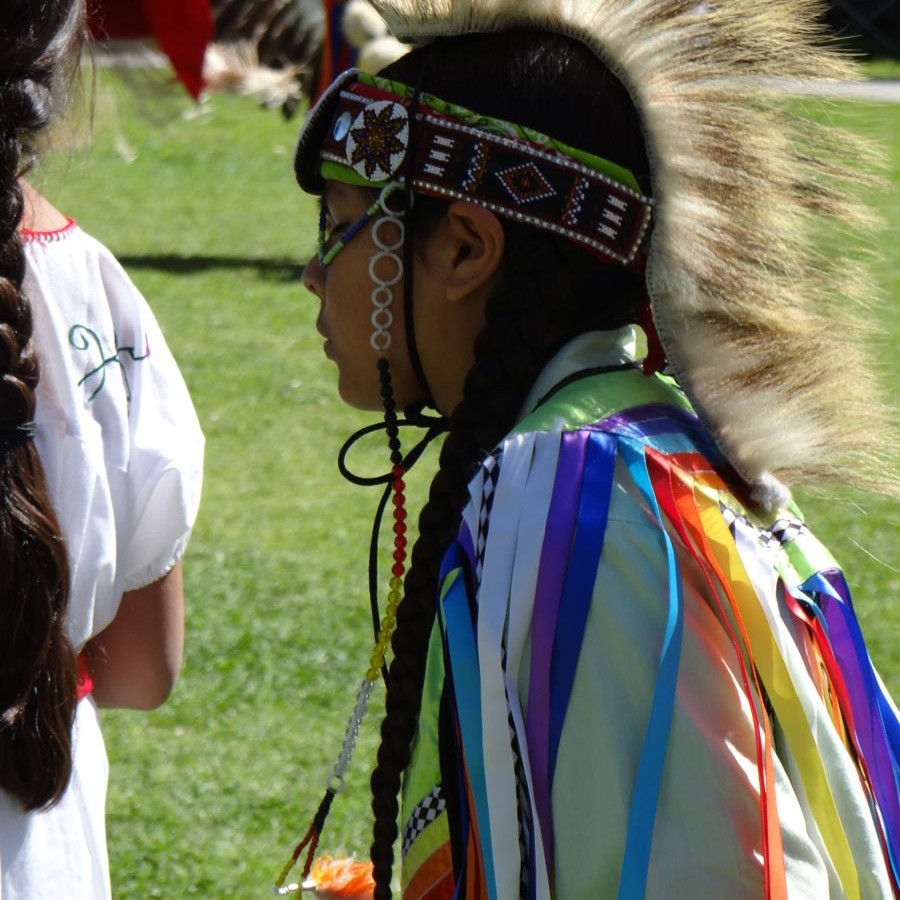 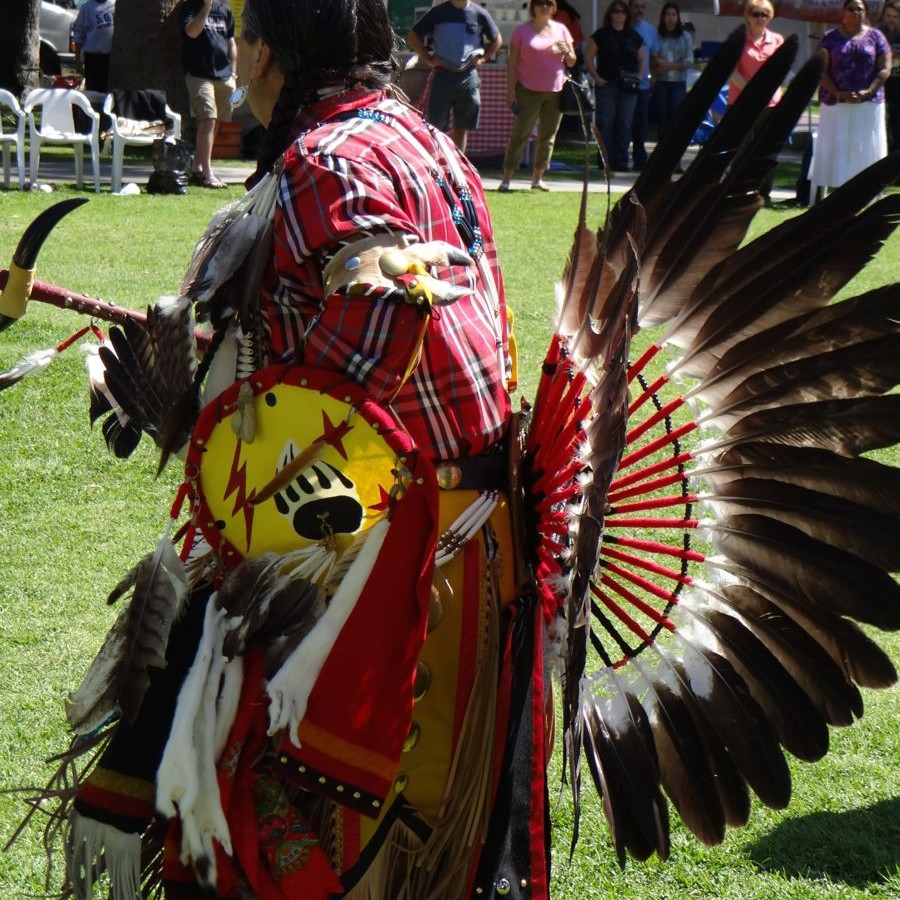 The high pitched chant and the sound of the drum filled the arena, as tribes from California slowly filled the sacred circle (a space that had been blessed) in reverence to the Great Creator. Each dancer carries stories, woven into symbols and colours on their distinctive regalia (Native costume) and for some, as they dance, each individual dance step is offered up as a prayer.

It was a wonderful honour to be invited as extended family to a gathering with our friends Joseph and Martha Manzo. Martha had been honoured to be head dancer at the event in Pasadena. We had an incredible day as we made new friends, heard many stories and were enthralled by the wonderful Duck and Dive, Fancy Shawl, Jingle and Round dances.

Preparation for the gathering starts well before the event with the making of protocol gifts. There is a custom of gift giving and honouring each other with small tokens of esteem.

“Native Americans existed as hunters and gatherers, surviving by taking what they needed from the world and interacting with one another in a gift economy that relied on an understanding of trade, barter, and wealth distribution. European Americans relied on a commodity economy and placed a stronger emphasis on the accumulation of wealth and goods.” Heather Francis – Graduate Student, Grand Valley State University (Fall, 2005).

On the day, there is much to prepare: from the intricate face and body paints to the moccasin footwear.

Every dance carries a story.

The Jingle dance has many variations but all tell a narrative of spiritual restoration and it is performed as a prayer for healing. One such story tells of a young girl whose Grandfather was sick and she was told to make a dress out of tin lids shaped into cones that would jingle. This sound, like bells swaying back and forth, would resemble the sound of wind in the trees and would bring calm and healing. Another version tells how a young ill girl, sought her healing by praying each day for a year and connecting a jingle to her dress, ending up with a garment with 365 cones.

The Duck and Dive dance tells the story of the Nez Perce battle at Big Hole in Montana. As shots were fired, they quickly ducked trying to make the soldiers miss their target.