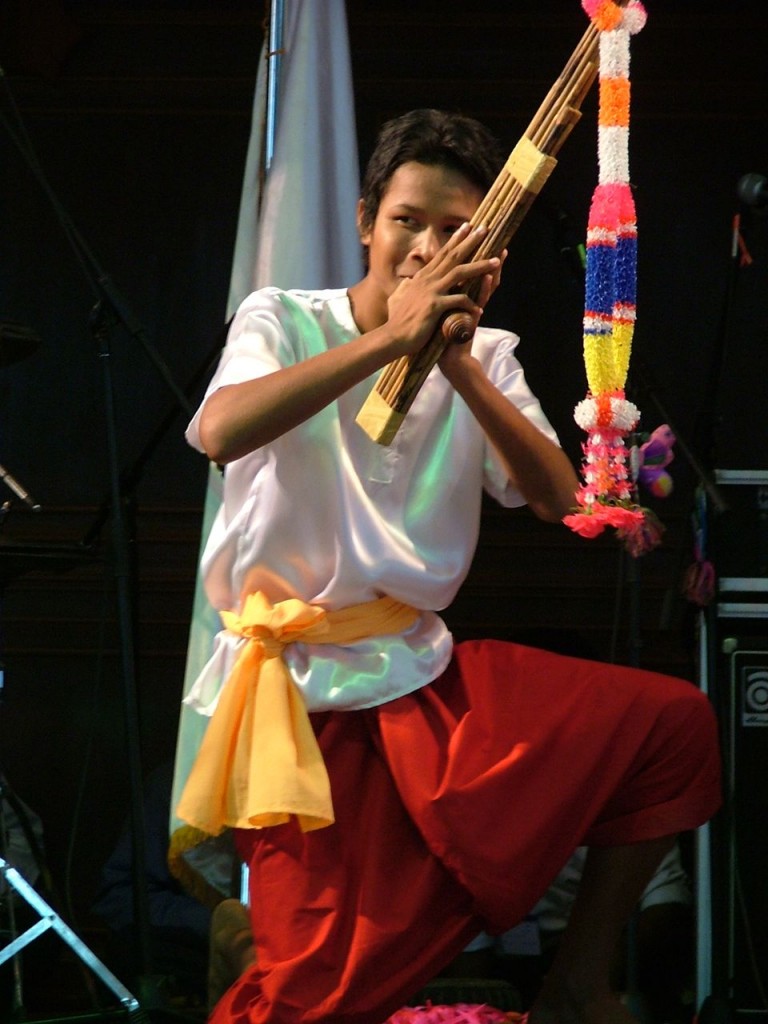 Was it the wind in the trees that got man to recognise the possibilities of using our breath to create sound through bone, cane, wood and plants? If vocal sounds were the beginnings of music, and percussion a close second – then maybe wind instruments were next in the exploration of sound and music. The day when man realised that a bone or a plant had its own voice must have been a special moment.

Check out this world record gathering of 508 Alphorn players in 2013. What an incredible sound!

What an amazing sound – apparently they were used to signal to each other from across the valleys, in order to summon help, communicate to each other, and announcing daily activities, such as calling a council, or gathering for war!

If you would like to learn how to play – check out the Alphorn project.

Today, I had the unexpected honour to play with Lew Silver, a Chumash Indian. Lew played Native flute, Michael played traditional First Nations drum whilst I accompanied them with my Irish bodhran. END_OF_DOCUMENT_TOKEN_TO_BE_REPLACED

During our trip to the Czech Republic we came across these street musicians busking in Prague. A unique blend of Czech folk music using bagpipes.

My whole life, my whole soul, and my whole spirit is to blow that horn

I love unique creativity – so here is a video of the The Vegetable Orchestra which was founded in 1998. They are a group based in Vienna, and they play concerts all over the world. Fruity eh?

On our trips to Cambodia we have met with and heard many stories of how musicians were persecuted during the Pol Pot dictatorship. Last night we watched a very moving documentary on a young flute players disturbing story of life during the Khmer Rouge take over and how he is now restoring traditional Khmer arts in Cambodia.

Brothers Nan Weidong and Nan Weiping in China have discovered that vegetables can not only be eaten but used to make music.

In the age of computer generated music and technology, it is exciting to hear about the resurgence of traditional instruments. The vivo, a high pitched nose flute, which was widely used in pre-missionary Polynesia, is having a bit of a revival. The Ministry of Cultural Development in the Cook Islands has organised workshops and had 1500 vivo made on the island of Mangaia, where the bamboo used for the instrument grows naturally.

Many of the flutes from Pacific islands are nose blown rather than mouth blown, which fascinated me. Why was this, I asked myself? One story I heard was that the breath out of your nose is thought of as being pure whilst often breath from the mouth can bring forth obscenities, such as in speech. Therefore making flute music with air produced from the nose was symbolically thought to have the purest intentions.