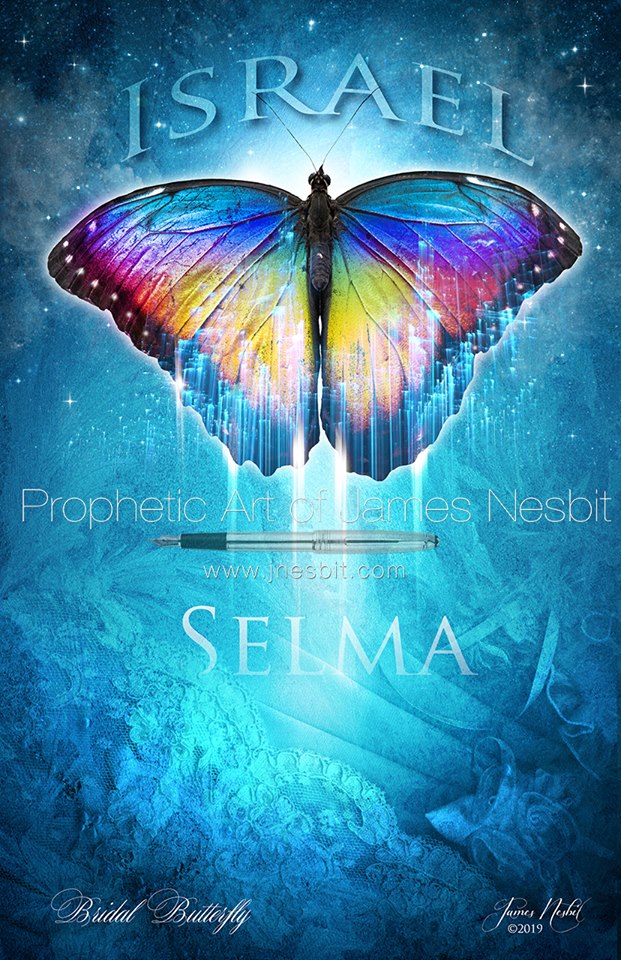 This story was sent to me by James Nesbit (artist and musician) after our tour with the Black Keys and the White Keys. It was written when a spontaneous musical moment inspired James to think about butterflies in Selma, Alabama.

“On St. Patrick’s Day evening 2019, we completed the Fire in Alabama Worship Assignment in Selma, Alabama; at a facility purchased by a wonderful Korean gentleman, who had been instructed by the Lord to build a Prayer Center there.

I felt it important to honour the Lord and His purposes for that facility, by having our team release what we carry there. Something happened in the sound that evening that is still moving within me, and I believe in dimensions far beyond what we can ask, imagine, or think.

Father, had me invite Martin Neil, a Father in Sound, to be our drummer/percussionist/rhythm creator for this assignment, and I will be forever grateful that I was obedient to that prompt.

At a point, on that St. Patrick’s Day evening, Martin lead us into a 7/8 rhythm, and another dear friend and very skilled musician who I hold in the highest honor, Jonathan Fitt, began playing this very unusual Lydian scale pattern, in an E flat Major, and a B major.
(Not your normal worship pattern or sound for sure!)

While all of this was happening, I was caught up in how unusual and intense this sound was; Within me, I saw a butterfly squeezing out of a cocoon as we were being bathed in that sound.

I didn’t mention it to anyone but afterwards, a trusted friend and prophetic intercessor, shared with me that during that sound, she had seen a butterfly squeezing out of a cocoon;
She was speaking the words of my heart back to me!

She had also discovered through the wonder of the internet, that Selma was the Butterfly Capital of Alabama.

The next day I was sharing this with the percussionist Martin, come to find out he has thousands of photographs of butterflies on his laptop, and is very knowledgeable indeed concerning the Butterfly World.

Could it be because of his love and honor for that world, he carries a rhythm, a sound, a grace of release? Just wondering about the power of honour unlocking glory in more dimensions than we may be aware, hmmm….

We most always end our gatherings thanking Father, for releasing a double portion of whatever we have asked for ourselves to be released through every first Nation Gate, and ending at Zion’s Gate in Israel.

Right now, Millions of butterflies are blanketing Israel during their annual migration to Europe. Up to a billion butterflies known as Vanessa cardui or painted lady, are passing through Israel in search of food on their way to their breeding grounds in Europe.

It is reportedly the LARGEST MIGRATION of such butterflies EVER SEEN in Israel!

Butterflies represent a metamorphosis, into the beauty and freedom of a whole new day! For Israel in the Old Testament they represent moving from the that worm Jacob, into being born anew as Israel, first nation of nations! – James Nesbit.”