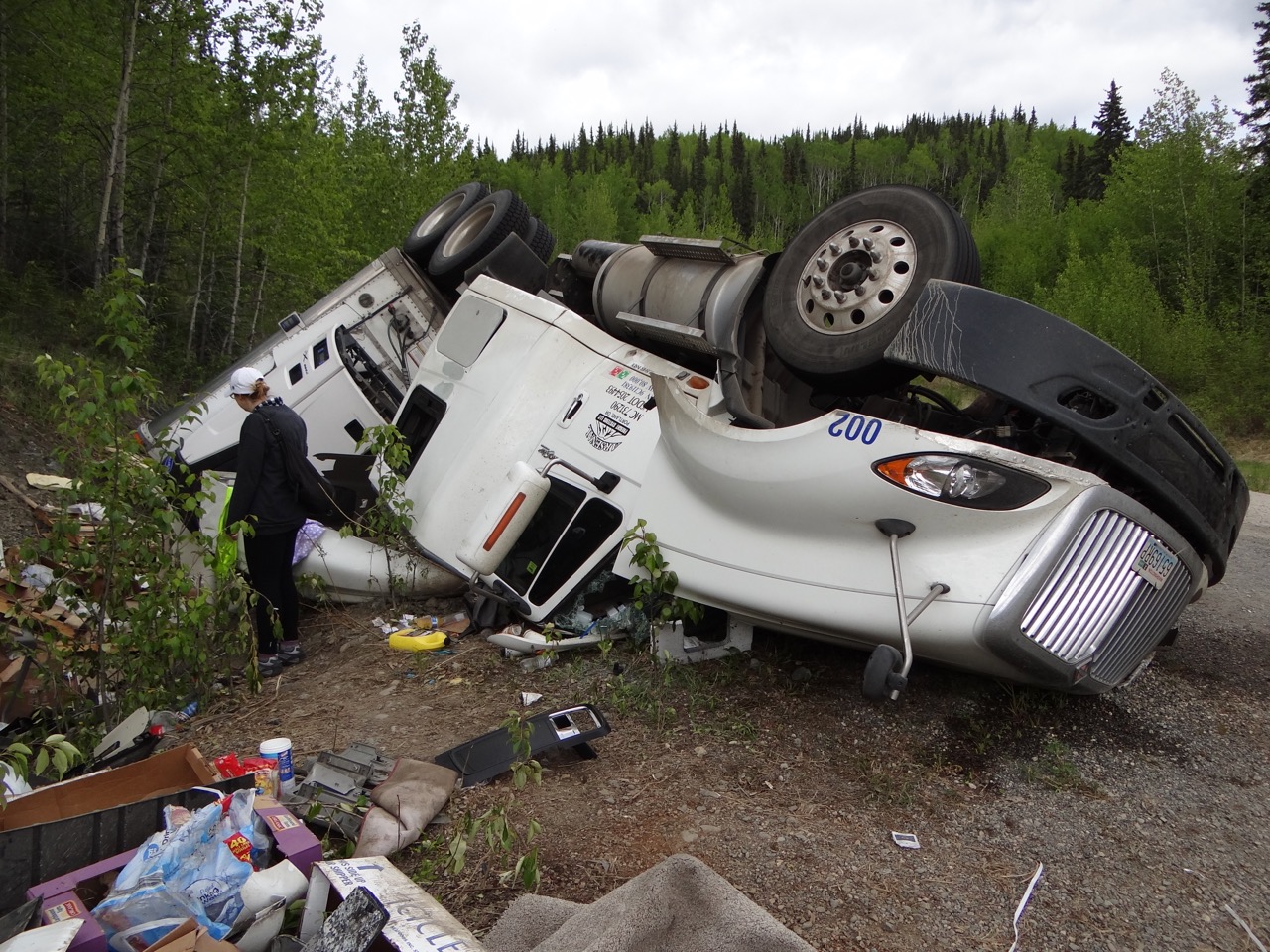 2018 has been a difficult year for the local people as the fisheries department had not allowed net fishing due to the extremely low numbers of Chinook Salmon returning to the Stikine river. Fishing is not only the livelihood for this region but has major cultural significance as whole families gather, celebrate and live in communal fishing camps when the salmon are running!

After gifting the drum on the Friday evening’s gathering, Tim Ehrmann, a man with an incredible rock n roll story of drug abuse and wild living, was asked to share his story. Seeming a little nervous he asked me if I would help provide support for his talk. What happened next was a spontaneous time of drums and voice as he told his amazing adventure of grace, acceptance and coming to know God in an incredibly dramatic way. As the drums urged him on, he spoke, sang and prophesied that a harvest was coming from the north. As this was happening, on the road outside the festival a truck full of salmon traveling from Alaska took a bend too fast and crashed right outside the festival entrance. The Russian driver amazingly got out unscathed but the truck was totally destroyed. As this area is so remote nothing could be done by the company to collect the hundreds of boxes of fish so they had to be redistributed quickly, before the bears get a scent of it all! The word went out and trucks, vans and cars descended on the scene sharing and distributing the bounty to everyone in the village of Dease Lake and the surrounding area. There was so much provision that people were telling us that there was now enough fish for the whole year! Provision comes in interesting packages! 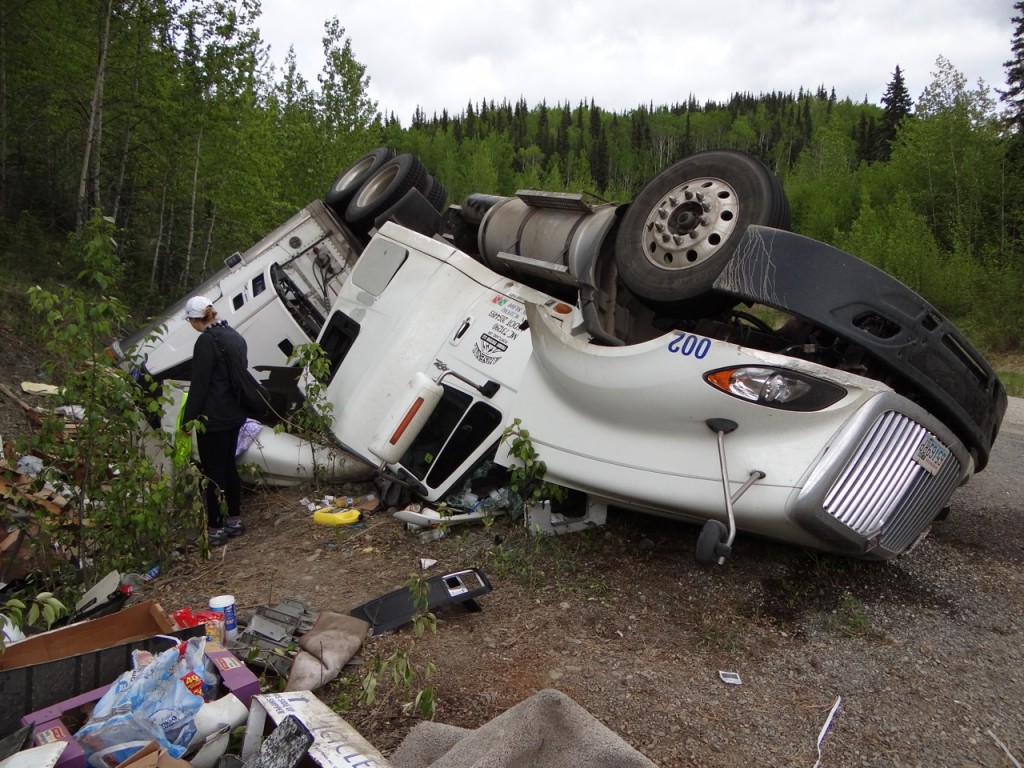 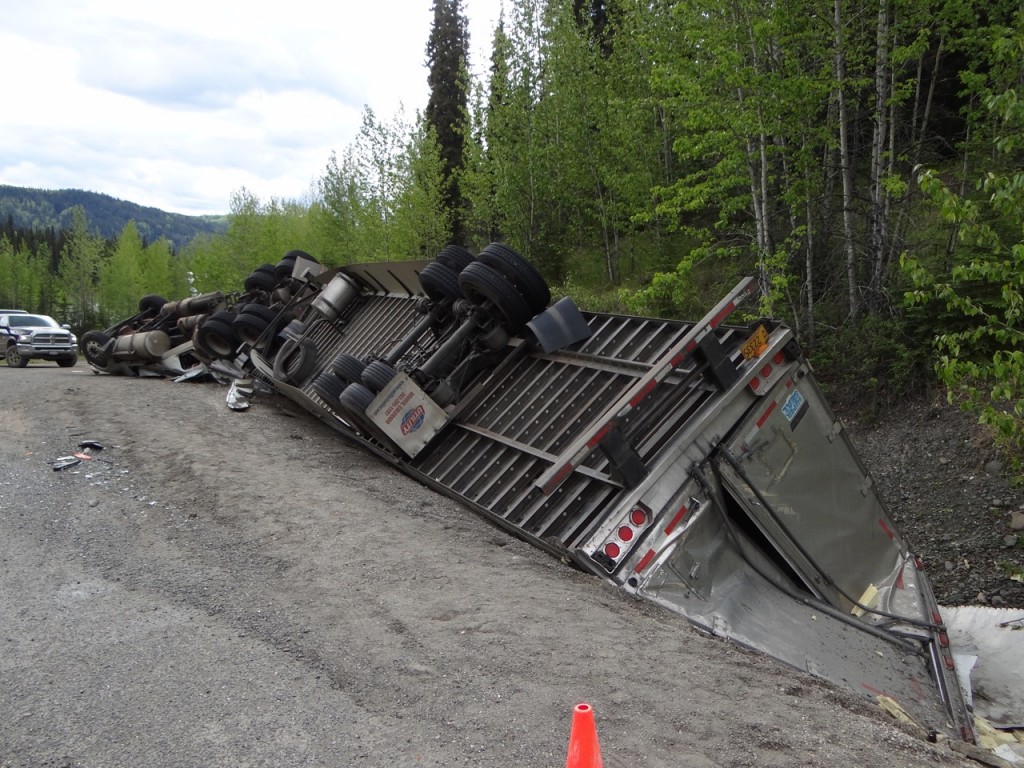 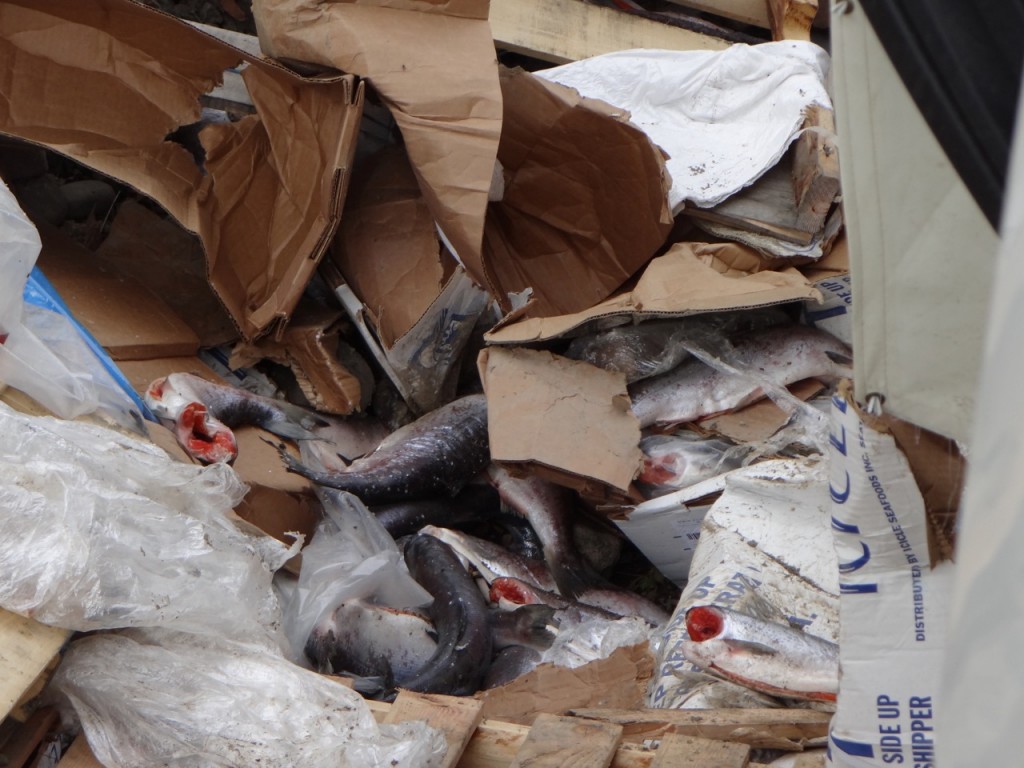