Land of a billion people 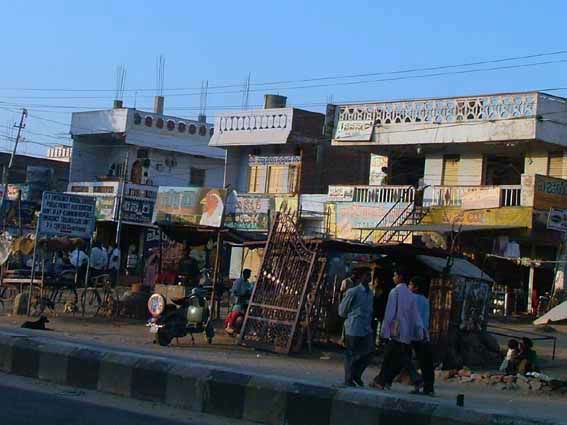 From our 1960’s white Ambassador taxi we entered into a cacophony of noise as cars, large decorated trucks, vespa motorcycles and yellow auto-rickshaws jostled for position, incessantly honking their horns in ritual communication. Hurtling at sometimes breakneck speeds, we weaved in and out of traffic and stranded pedestrians who were trying, somewhat nonchalantly, to cross the ever bustling streets of this city.
END_OF_DOCUMENT_TOKEN_TO_BE_REPLACED 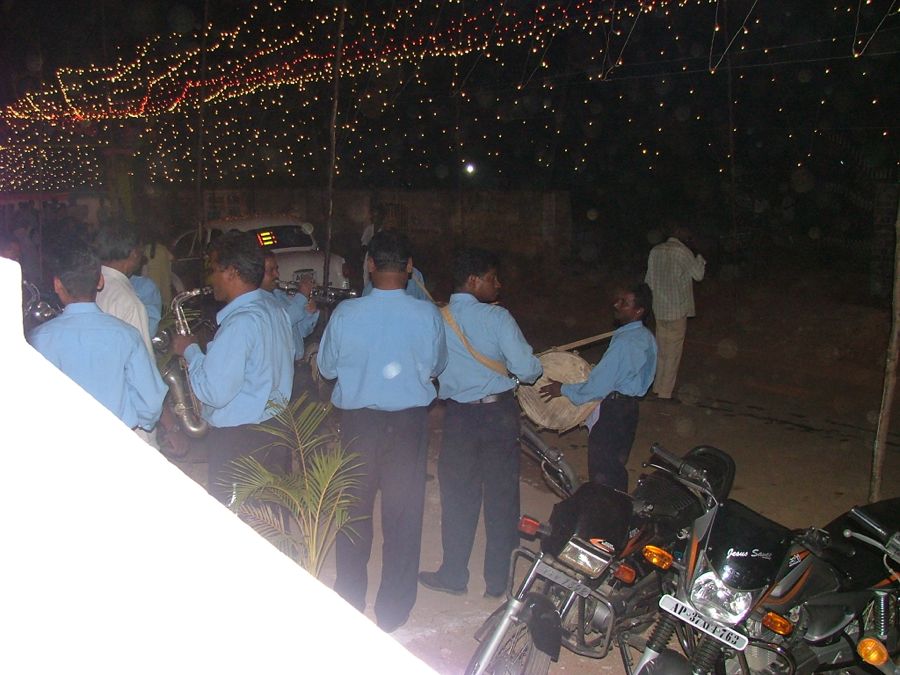 Here is a clip from a very special musical moment. A special wedding band musically escorts the bride to the waiting bridegroom …… and the ceremony begins. 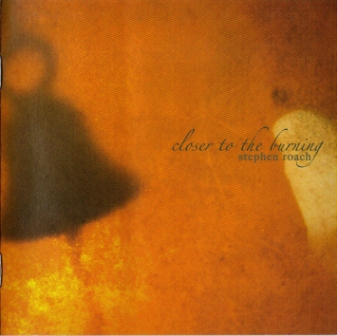 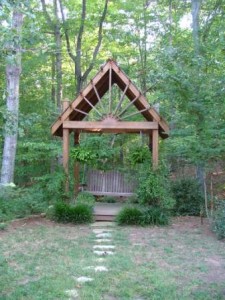 The last stop was North Carolina where another album was recorded this time with Stephen Roach, a percussionist and hammer dulcimer player and a bunch of other young and talented musicians. Stephen and friends belong to a growing community of people www.aplacefortheheart.org who own a wonderful retreat centre in the heart of NC.

A highlight of the recording was impromptu drum pieces with a Cuban style conga player Peter Singles from Florida, Stephen playing Arabic percussion and Martin using African drums, a very special moment. This album should be available through their community and if you want a taster, listen to a couple of tracks at www.myspace.com/closertotheburning

In the last few years, as we have spent time in North Carolina, we have really enjoyed the wonderful folk music that emanates from this area. If you have never heard the hammer dulcimer or the Appalachian dulcimer then you have missed out.

END_OF_DOCUMENT_TOKEN_TO_BE_REPLACED 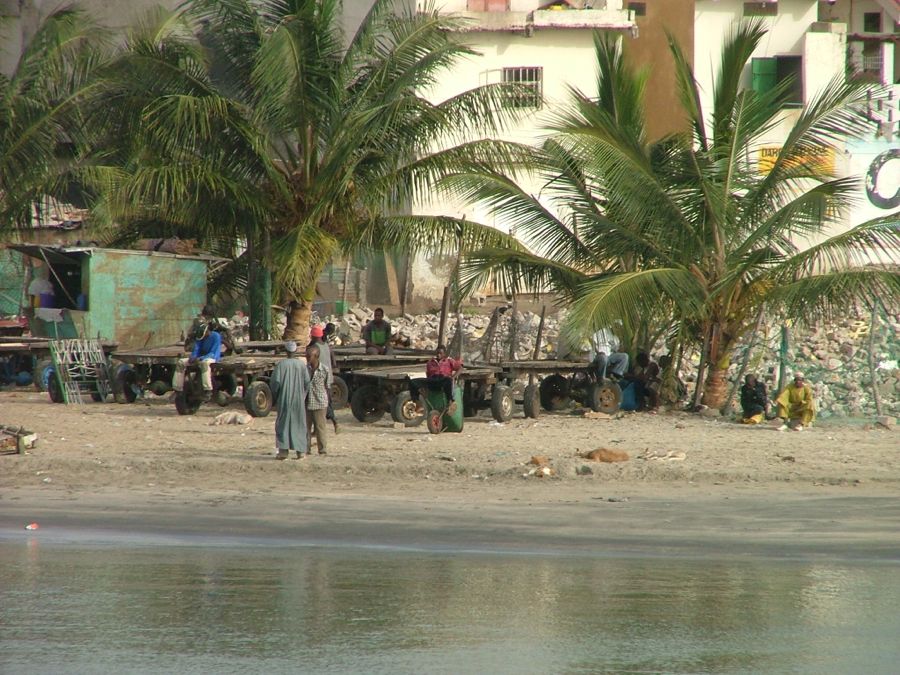 At the end of May we flew out to the Gambia as part of a team with David Pott to be involved with a slave-trade reconciliation movement called “The Lifeline Expedition”. You can read the background to this work and the reports from the last 6 years here ♥ Some of you may have seen various reports on the television and in the newspapers re our time in The Gambia as it caused a lot of response both positive and negative.

…… and the rest of the story END_OF_DOCUMENT_TOKEN_TO_BE_REPLACED

From the States we travelled due west to Thailand …(would you believe a 17.30hr flight) and on to Cambodia. We were helping with a gathering of musicians in Phnom Penh, with representatives from Cambodia, Thailand and Vietnam.

We had an amazing few days learning about the disturbing history of the Khymer Rouge led by Pol Pot, who imprisoned and executed many artists and musicians leading to a loss of much cultural expression. In his short 4 year reign, his brutal regime claimed millions of lives. Those who were thought to be intellectual, even people who wore glasses were killed. During this terrible season it was interesting to find out that music still inspired people. Some would hide away from the authorities in the forests, making instruments out of their natural surroundings and singing songs to keep their spirits up.

We spent a day searching around markets and stores, collecting various traditional Khmer instruments. With the aid of these newly bought acquisitions, the musicians who had gathered spent 4 days composing many new cultural songs of praise and worship. Check out the workshop pictures here. ♥

Below is a clip of a roneat in action. This classical instrument is very prominent in Khmer music. 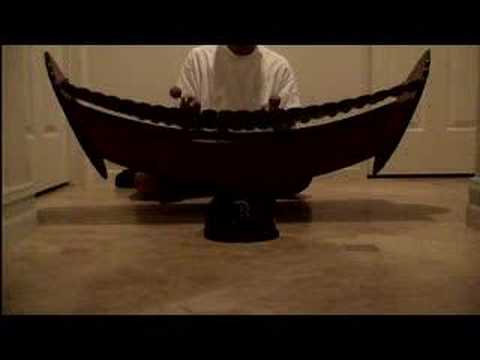 On the last day of this gathering a team from Vietnam joined us, a country where independent churches are outlawed, and only a controlled state church is allowed. There were many stories of underground churches, writing songs undercover, studios that have to move after each recording and a song writer that has to change his name each time his songs get known, in case of imprisonment. A far cry from the freedom we enjoy in England.

We also visited a shadow theatre. This form of expression dates back thousands of years, and is a form of storytelling using ornate leather shadow puppets. It is still one of the most revered and loved art forms in Cambodia and is finding a popular comeback after being nearly destroyed during the Khmer Rouge period of control.

Then on to another missions conference (where Martin and Mark led the music) with Forward Edge International. We heard many stories from Tibet, Sri Lanka (Tsunami relief) and Louisiana where they are doing restoring and repair work after the hurricane damage. Since the catastrophe they have sent around 55 teams southwards to help.

A wonderful time with Mark and his family, on the island of Kauai, looking at new songs and ideas for his next project. Martin got to sit in with a Tahitian drum group to learn more of their music, and coached one of the local football teams. If you have not heard the wonderful toerre drum being played …. then check this clip, amazing team work. The core group will be 3 log drummers each playing a different interlocking rhythm.

A return visit to the City of Refuge San Diego, to catch up on all their news. It is run by an incredible couple called David and Christine Dewitt who have an incredible capacity of compassion for those who are in need. You may remember that we have been there many times before and, as usual, we were involved with their daily life and work, as they continue to bring hope to those in despair. It was amazing to see how all their building work had been completed enabling them to feed and care for so many more people.

By Martin Neil | Laugh | No Comments 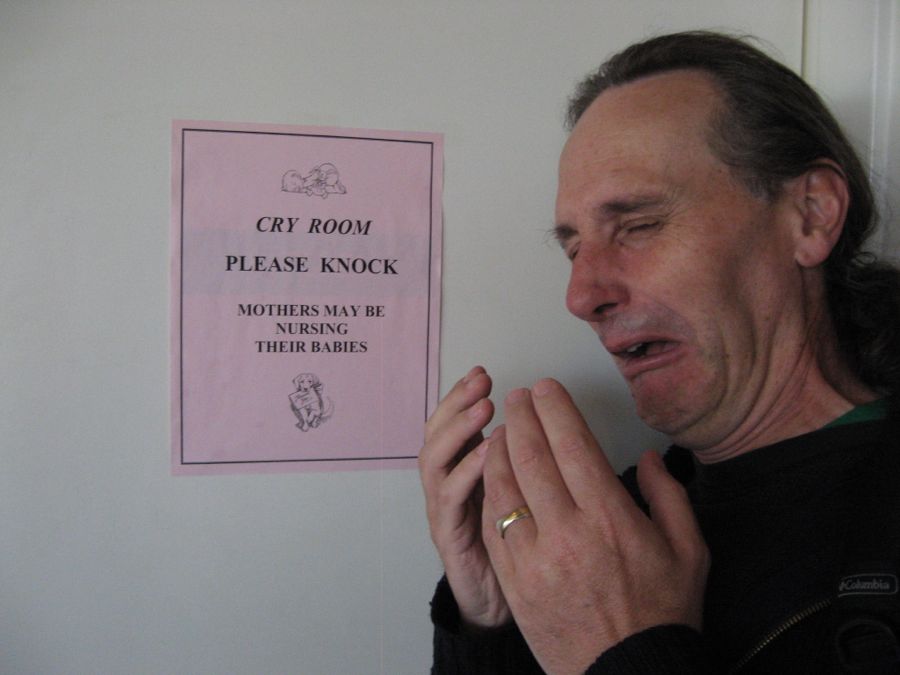 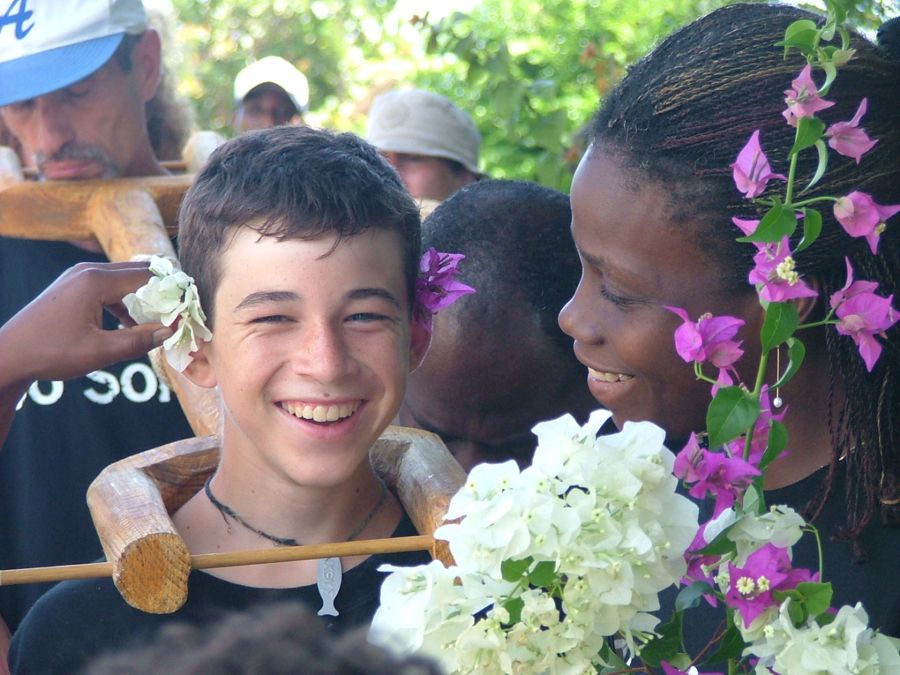 …… and the rest of the story END_OF_DOCUMENT_TOKEN_TO_BE_REPLACED 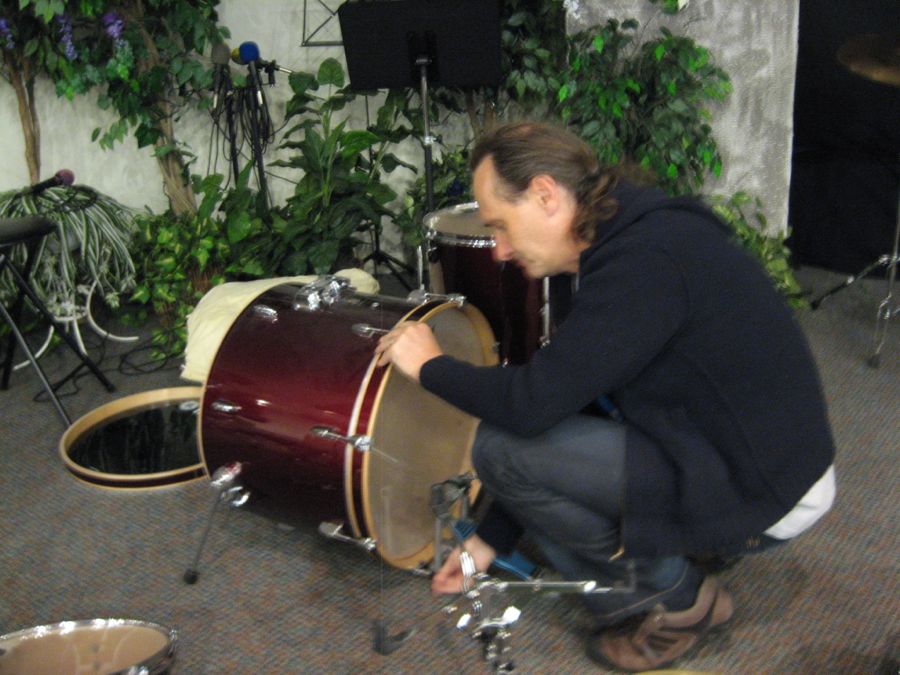 Martin has just finished a tour in England with Ruth Fazal from Toronto, Canada….. had a great time, her music is a little different as she is from a more classical background but she loves allowing space for improvisation. She has also written a classical Oratorio piece for the Jewish people, called Oratorio Terezin.

She found a book of children’s poems 8 years ago and God told her to weave a story of God’s heart for His people through this story book and the Hebrew scriptures …… it’s an incredibly powerful story and she has some amazing stories of what has happened through this project. It has now been performed with orchestra’s in Canada, the Czech Republic, Austria and in Israel on holocaust day. 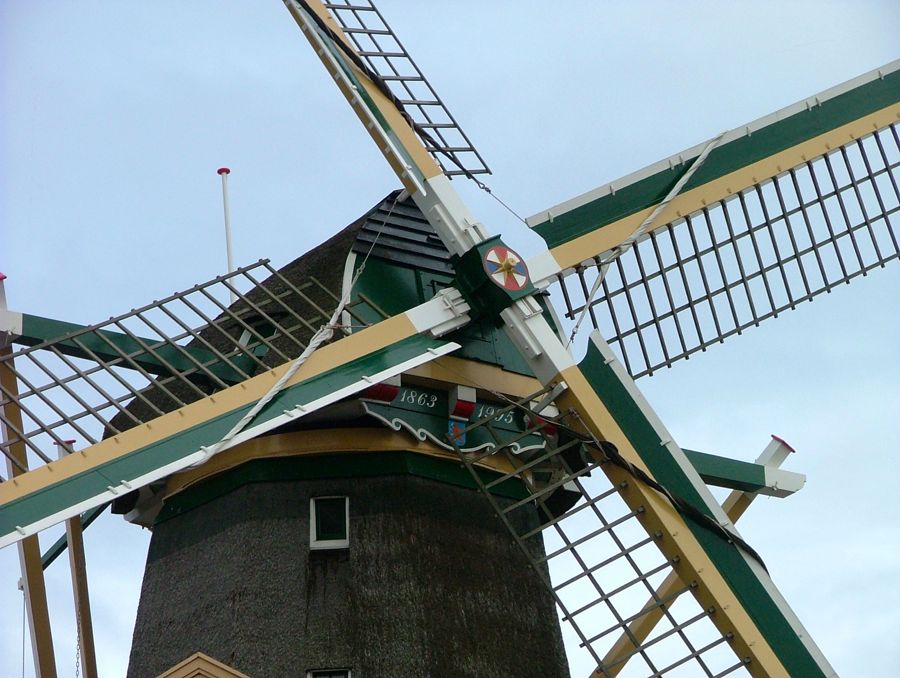 We flew out to San Diego to be at the “City of Refuge” again (we were with them in Feb. ’04 and also 28th Sept.-4th Oct.). During our time there we led the team on retreat for 5 days and generally got involved with their weekly routine. This included packing up food to be distributed to the poor and homeless and visiting a large night shelter where we played music and chatted with the homeless. There were also two weddings of people who have been part of the project so Martin was seconded to play along with other musicians. The rest of our time was kept busy with helping people move house, drum circles and lots of one to one times with people from the team. As ever we left feeling that we had been amongst people of similar hearts and that we would be back…… END_OF_DOCUMENT_TOKEN_TO_BE_REPLACED

Martin travelled, on his own this time, to record a C.D. with Jo Vogels. Martin has played on and produced an album for Jo before, and they’ve been friends for a number of years. (In August Jo flew over from Australia and spent a week with us at our home, doing pre-production work. We had a lot of fun with Jo playing his songs and Martin making suggestions about style, timing, dynamics etc..) Whilst out in the States we even had time for some paddling …… END_OF_DOCUMENT_TOKEN_TO_BE_REPLACED