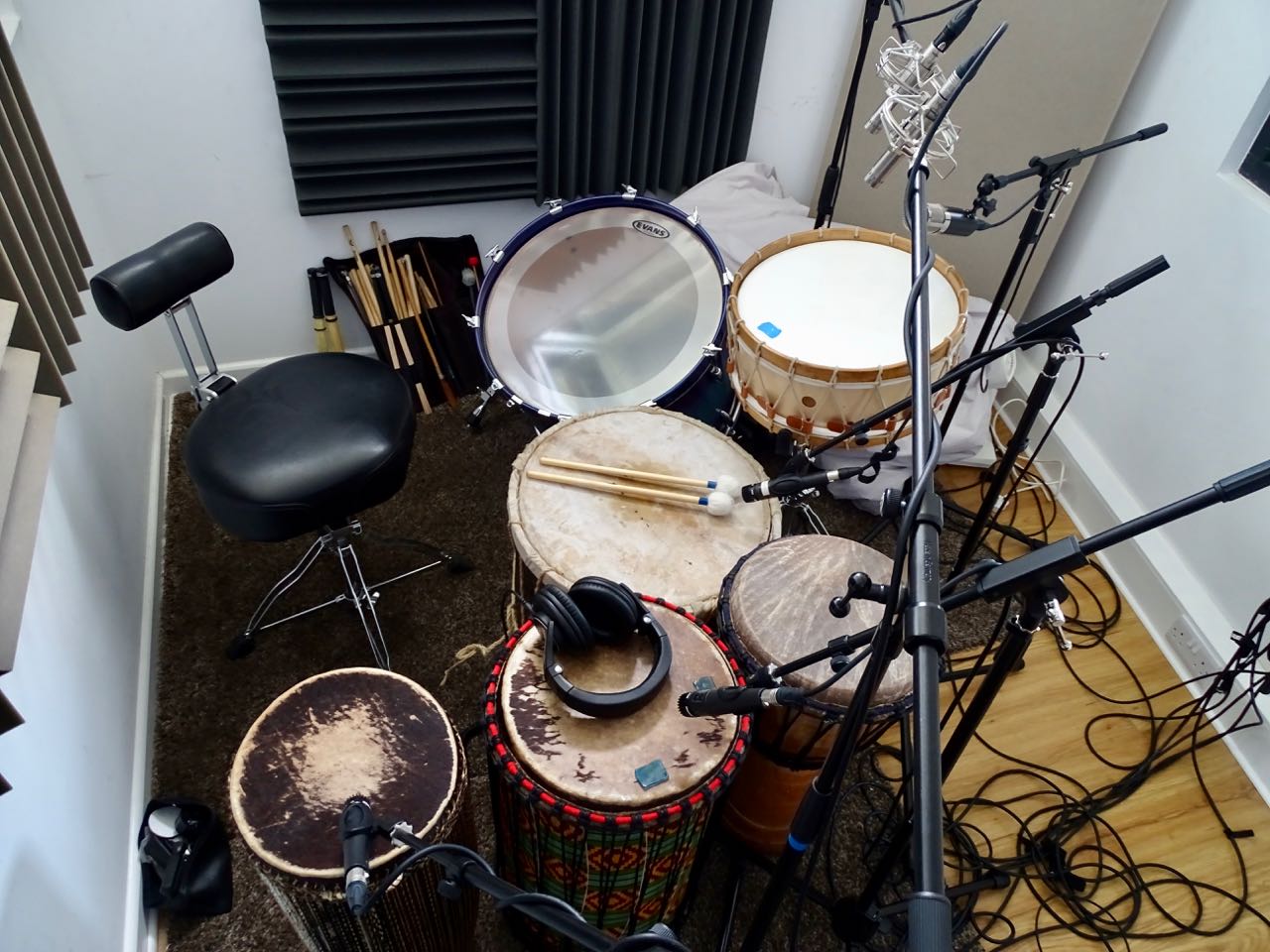 I am very excited to tell you about a new adventure in sound. The idea was birthed in the 1990s, whilst producing Fragile Warriors in New Zealand. I got to work with a singer/songwriter Bruce McGrail, on a simple project of piano and drums. Whilst mixing one of the rhythmic tracks that had multiple drum parts, I had an incredible experience. The only way I can describe what happened, was as if  I heard the sound of many nations coming out of the monitor speakers, others in the room knew something had happened but didn’t hear what I heard. This sound (accompanied by the rhythm) was of multiple peoples singing in their vernacular language, being fully who they were called to be, yet as they sang their unique sounds started to fit together like a jigsaw puzzle. No one had to change their vocal style to fit in with each other – they were being themselves.

Another similar experience, years later, was when I imagined an empty stage, and a whirling Dervish appeared in his white cloak and hat and started dancing. Suddenly a ballerina joined the dancer and together they weaved a beautiful new dance. In my mind, I couldn’t think of two more opposing expressions of dance, yet my imagination had seen them as complimentary, both needing each other, and in that unity there was completion.

Over the last 30 years, these experiences and others, have encouraged me on a journey to explore how to bring different peoples and different musical expressions together, encouraging unity and pointing towards a future that honours each other and their unique musical perspective. As you may know, this has come to fruition on a number of different musical projects and recordings.

I now feel it is a season to explore this even further and I am embarking on a musical adventure to hopefully bring multiple vocal expressions against a backdrop of rhythm. This year the journey continued, and I  recorded ideas in Alabama, Sweden and Reading, UK.

In Sweden, I explored vocal expression against a backdrop of rhythms and sounds – without using words! Viola and Torbjörn Grafström have become dear friends after a number of musical endeavours – including 3 Swedish language recordings. One of the questions I have been thinking about is, how would a vocalist approach singing if there was no melodic structure already there, just a simple background of sounds and rhythm?

Viola and I tried a number of different approaches, eg, singing against an abstract sound,  or against a metallic sound maker and shaken leaves. Then we tried some rhythmic ideas which I used like a DJ responding to her expressive vocal changes. We then moved onto more conventional rhythm tracks – again using only the sounds to dictate vocal notes and intervals.

It’s early days but I have been very encouraged so far as I journey into the unknown. 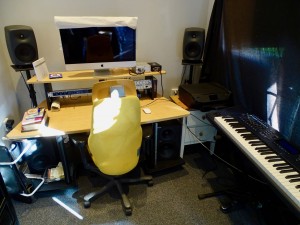 Recording in Sweden. Studios come in all sorts of shapes and sizes. 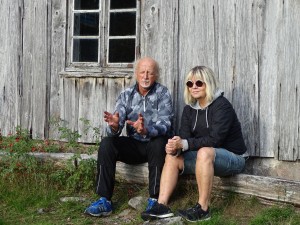 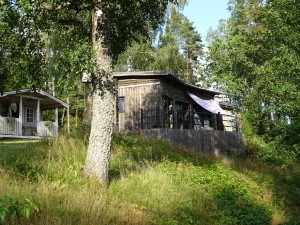 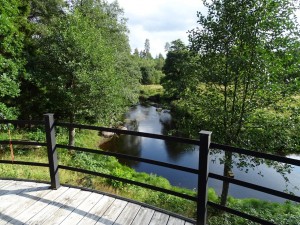 How’s that for a studio view? In the early morning or dusk you may see moose on the opposite bank or beavers floating down the river! 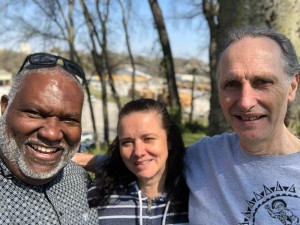 Singer Anthony Turner added some wonderful vocals on a track I recorded in Decatur, Alabama. 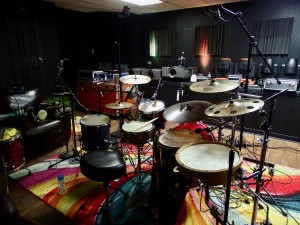 Booked to record some tracks for James Nesbit – he turned up and decided to give me the studio for the day! So this was my studio set-up. 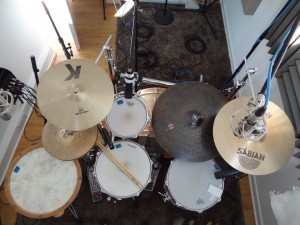 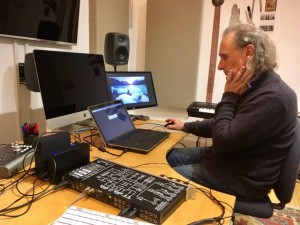 Being thoughtful – and waiting for computer restart!