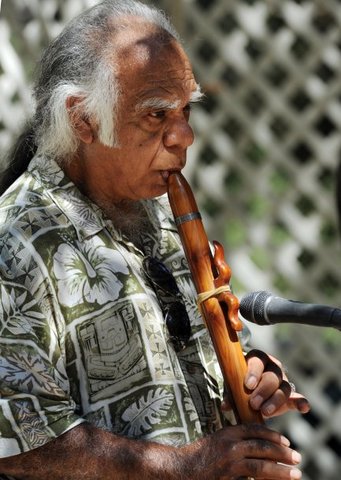 Today, I had the unexpected honour to play with Lew Silver, a Chumash Indian. Lew played Native flute, Michael played traditional First Nations drum whilst I accompanied them with my Irish bodhran. 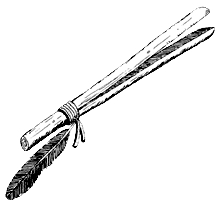 Interestingly, in the past, it wasn’t the drum that they used for rhythm but a clapperstick – I found this information about their music on The Santa Barbara Museum of Natural History web site – “The most important musical instrument was the clapperstick, or wansak’, made from a partly split stick of elderberry wood. It was played by striking it against one hand to make a loud clapping sound, or shaking it to make a quick rattling noise. The clapperstick was used instead of a drum, to keep the rhythm of the song or dance. Other musical instruments included deer bone flutes, bird bone whistles, and rattles made from turtle shells with small pebbles inside.”