Breakfast with the Minister of Infrastructure 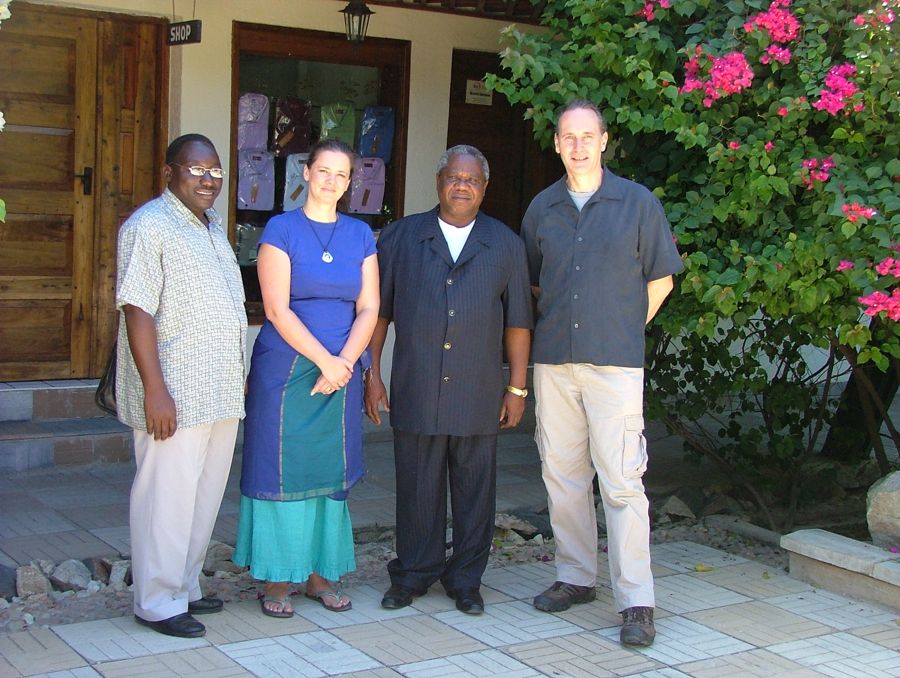 We  had breakfast with the Minister of Infrastructure for Tanzania today, the Hon. Hezekiah Ndahani Chibulunje (we had met him in 2005 when the Government had sent an envoy to meet us and hear about the Sing to the Well project). 2 years ago the World Bank offered finance to help remote villages in the Dodoma region with drilling wells. There stipulation was that each village had to come up with 2 million TZS and they would contribute 25 million TZS. The chairman of Mnase village asked Seth to relay this situation to us and we sent the 2 million out to the village, they have put this into an account and it is still sitting there! The World Bank then delivered the 25 million and it is now somewhere in the Governmental system. Our meeting was to ask where this money was and to discuss next steps. Sadly, the answer was a ministerial answer “It’s in process”.  When the money is released they plan to dig a deeper well and restore another water system within the area that was put in place many years ago and has not been working for a couple of decades.

Many people in the West become frustrated (understandably so) by inconsistencies within the political and governmental infrastructure …. often their words can be misleading and some say not trustworthy. A remark made by Hezekiah in 2005 made me rethink, “Martin, you have seen one village in trouble, we see a troubled country”. With a Gross National Income of just over $2 a person any money that comes in has to go to the neediest situation, not necessarily the project earmarked for the donation.