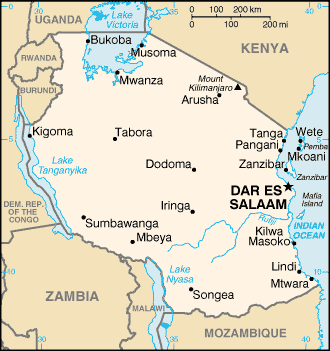 With the sound of beating drums and chanting voices all around, the small African compound had come to life, illuminated by the light of a new moon. As the heat of the day subsided, the cool breeze of the evening brought renewed energy into Mnase village life. Scraping, sliding sounds of dancing feet against the red ochre coloured earth floor, swished in time with the hourglass shaped percussive instruments, enticing everyone into the intoxicating rhythm. No one could keep still, even a feeding mother sitting cross-legged swayed in time, picking out vocal harmonies or answering sung phrases, seemingly oblivious to the clinging child at her breast.

As we sat entranced by the spontaneous nature of this musical explosion the day to day survival of these Tanzanian’s had been forgotten. Patiently waiting for the rains, their crops were slowly but surely withering under the brutal heat of an East African sun. Yet, there was hope in the air, and this evening it had come, as it often did, through the sound of the drum, coaxing us to dream of a new day.

We had flown into Dar Es Salaam, to spend time with a couple, Jeff and Lori who have been working in Africa for 12 years with Pioneer Bible Translators. During discussions in England, two years before, we had found that our interest in encouraging indigenous music and storytelling, and their work amongst people groups without the Bible had wonderful possibilities. You can imagine the incredible amount of work and research that goes into translating a vernacular language, and with roughly 126 different people groups in Tanzania alone, it would take forever to spread the written word. So the use of story and music within the indigenous communities could be a more organic way of spreading the Gospel amongst smaller people groups. 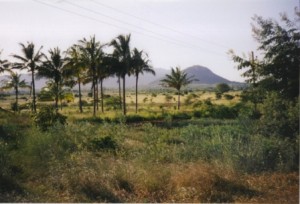 Tanzania, although one of the least urbanised, is East Africa’s largest country. With a diverse landscape of savannah, bush, lakes and highland plateau. It is renowned for it’s wild life, game reserves and Mount Kilimanjaro, (the highest mountain on this continent). Its different tribal groups, each with their own heritage, are welded together by the Kiswahili language, a mix of Arabic and old Bantu originating from Zanzibar. 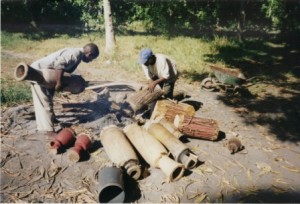 Our first outing was to the village museum in Dar Es Salaam. This was an open-air museum that encouraged resident artists and crafts people to be creative in natural surroundings, complete with traditional housing from different ethnic groups and regions in Tanzania. On Sundays they have an amazing drum and dance troupe who perform traditional pieces in national costumes (later in the trip I got a chance to play with the local drummers … a wonderful experience). Every tribal group has its very own unique expression and musicality but the underlying pulse that captures the visitor is rhythm. Here was a chance to learn more of the history and cultural significance of the ngoma (drum). We had already been wondering about the importance of the drum in Tanzanian culture after finding this quote on a traditional CD cover; “ Deeply embedded in Tanzanian culture there is a concept called “Ngoma”. Although its primary meaning relates to (drum, dance, and festivities), Ngoma embodies a whole way of life which embraces music, song, dance, storytelling and ritual. Traditionally Ngoma is used to celebrate and mourn, educate, entertain, debate and access spiritual power. It entails an organic process containing a complex web of interconnected social and cultural meanings”.

Day 2 and 3 found us heading inland to Kibaha, to meet with Efatha Ministries, a church that had built a community/school out in the jungle. This amazing project, still under construction, was to be a self sufficient Bible school for resident students from all over the country. After being shown around the site we sat in with the music group, who were studying notation and learning a song from South Africa. Much of Africa has taken on the musical styles and expression of the western church, replacing the drum with keyboards and guitars…. It was interesting that again in this school it was a keyboard that led the class and the drum was no where to be seen. We were given a recital of songs they were learning but somehow, although sung beautifully, it lacked that passion that you associate with African music. When we asked about the traditional songs and dances, they immediately without thinking said that they would show us some the next day. “Do you need to rehearse for these?” I asked, “Oh no,” was the reply. The following day I understood as they burst into song, handkerchiefs flying, as the sweat poured down their faces and the dust from the classroom floor exploded around them as they all passionately expressed their uniqueness in their cultural dances. This was music from the heart, it did not need rehearsing because it was deep down within them, from the days when they bounced around in their mothers womb till now. A wonderful moment …….

The next couple of days saw us getting to know Dar Es Salaam ….. this vibrant city that never stands still, always had a surprise around the next corner. The bustling street markets and road-side hawkers amongst the modern day business blocks, a wedding on the beach with colonial style military band in full swing, colourful drummers in national costume being filmed for a TV show and the pot-holed roads that jarred your bones as we careered along the roads, all spoke of a city so different from home. And as the minaret wailed another call to prayer, thoughts of war on the horizon in another part of the world gave us a feeling of unease in this Muslim City and we remembered that the colour of our skin spoke volumes to the people we passed by. 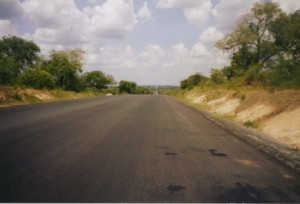 Another trip was to the central plains of Tanzania, a two-day journey, due west of Dar Es Salaam, to a small village near Dodoma. Surrounded by mountains in the distance, this arable community of approx. 4,000 people eked out a simple existence in this very inhospitable land. Driving off road towards Mnase we crossed many dry river beds were the only moisture left was being sought by small clouds of yellow winged butterflies, the only creatures seemingly stupid enough to venture out in the mid-afternoon sun. There had been no rain for months. The rainy season was very late this year and this meant the maize crops were slowly withering away with no alternative harvest. This fact made the hospitality of this people even more overwhelming. 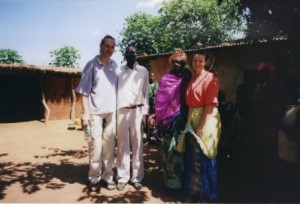 We were welcomed into Julias and Clen’s family compound, and as we sat under the shade of a small tree with the men folk, a little battered cardboard box was produced and faded photos of village life were passed around, much to the delight of everyone. We returned the favour with snaps from Northumbria; two very different worlds met and heard each other’s stories. 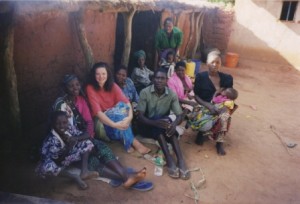 Over the next few days we spent many hours in the shadows of the shoulder high mud hut, thatched homes chatting, eating, praying and singing. During the evenings we walked through the village to the sound of an all woman’s drum ensemble, followed by an army of laughing, pointing children, one rolling a bicycle-like hoop with a stick, very unsure of the new spectacle of “white people.”

It was a very humbling experience to be with these people, they treated us like royalty, and gave us more than they had themselves ……. and as we left them we knew that they would be forever in our memories.

Please remember this village in your prayers as they have still not had any significant rains and their crops have failed. Some relief has got to them but they are still in a very desperate situation. 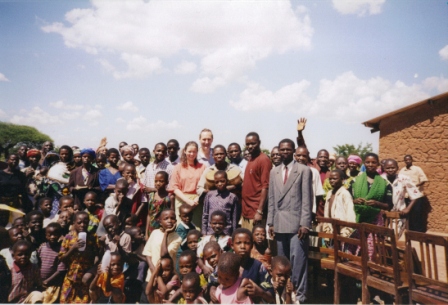